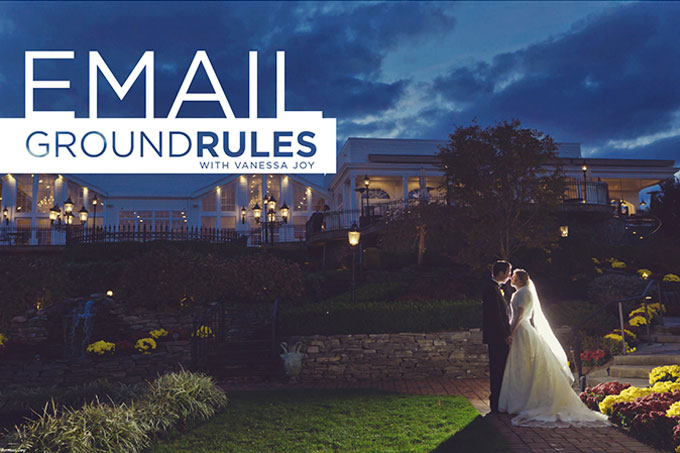 The digital age has changed the way we communicate, and in some ways has made it more difficult. It’s hard enough trying to communicate in person and through spoken words, but now we need to learn the art of communicating through email and written text, where 80 percent of what makes up how people hear you (body language) is nonexistent. I’m sure most of us have been there, reading or writing a text message that came off the complete opposite of what it intended to say, and accidentally starting World War III.

Most of us are not writers; we’re photographers, and those two art forms do not often reside in the same person. Even writing things like blog posts is a tedious task for me. So how do we master the art of email communication?

Let’s first cross some key items off the list, bad email habits that must stop. Here are my Top 5 no-nos of email etiquette.

I debated on even including this one because I think it’s a no-brainer. But I changed my mind after just this week after receiving an email in all caps. DO NOT WRITE ANYTHING IN ALL CAPS UNLESS YOU ARE YELLING AT SOMEONE! First, it’s hard to read. Second, it’s portrayed as yelling. Third, it has the potential to completely change the meaning of a sentence. Compare these sentences:

See how the first one looks more like a sympathetic statement and the second almost like a sarcastic one? There’s more we could do to that first statement to make it even better, but more on that later.