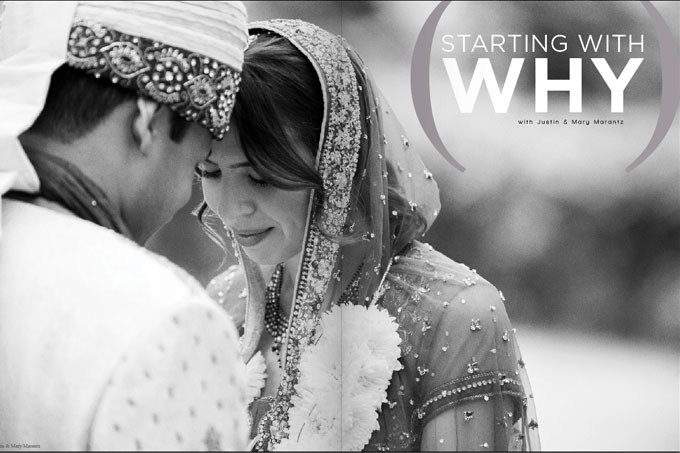 When it comes to shooting weddings, there is every approach out there from the super edgy to the very traditional. The problem is, if you spend too much time looking at what everyone else is doing, there is a tendency to do what you think you’re supposed to do rather than create a body of work that actually pulls you closer to the photographer you want to be. Case in point, both of our parents have pictures from when they were younger in which their heads have been inexplicably removed and superimposed into random objects like a brandy snifter. I’m going to go out on a limb and guess that your parents also have some version of this image, or that at least you have seen something similar.

The problem is we remember these images, but for the wrong reasons. We think of them purely as an example of what not to do. And yet, these images did not make it into an entire generation’s set of wedding albums because they were thought of as what not to do, but rather because it was the trend of the times and what photographers thought they were supposed to do. It is the perfect example of why we have adopted the following rule for our style: Just because you can do it, doesn’t mean you should.

Want to read this article? Log in and launch this free photography training magazine // December 2012 issue.

5 tips to better SEO for photographers

with behindtheshutter time to read: 1 min
Life photography workshops | getting the most out of ed…
Recently On Behind the Shutter a conversation with george | photography how-to
0
×