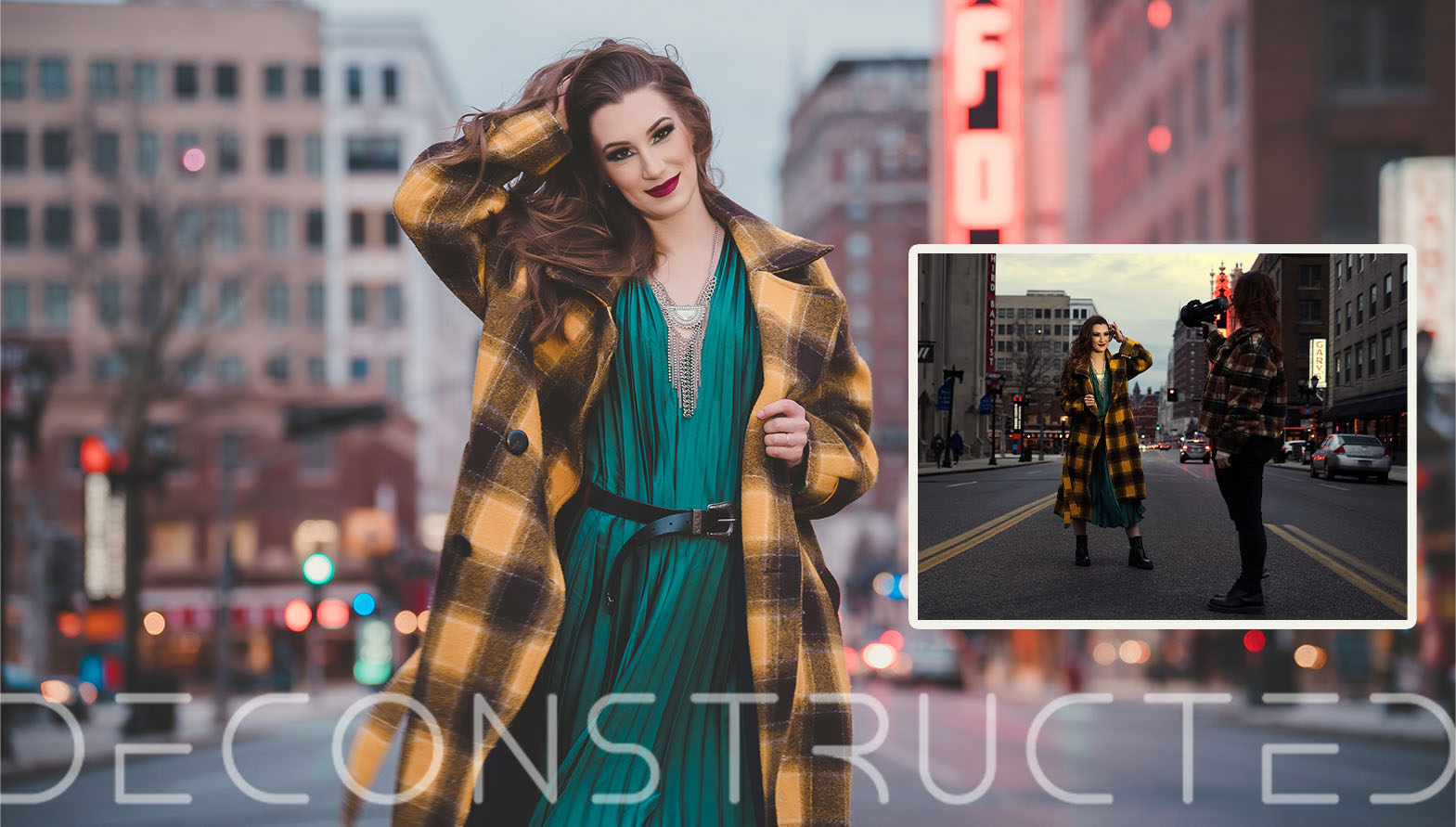 Why is it important to understand and test your gear? Well, because Murphy’s Law is the source of all pain when it comes to run & gun photo shoots. What do I mean by this? Simply, what can go wrong, will go wrong.

Let me paint the scene for you.

I planned a photo shoot with the Tamron 35-150mm F/2-2.8 for Sony a few weeks ago with my cousin, Nicole, who is in town for a few months. I wanted to showcase the lens in both natural light and at dusk with a strobe. I used my go-to on-location strobe setup, the Westcott FJ200 with the FJ-X2m Universal Trigger and some form of modifier, depending on the look I want for the final images. For this scene, I wanted something edgy, harsh, and specular, so I just used the reflector that came with the FJ200.

Once we got my cousin changed into her dusk outfit and her makeup transformation was complete, we walked out to the spot where I wanted to shoot—in the middle of the busy street right outside of the Fox Theatre in St Louis. 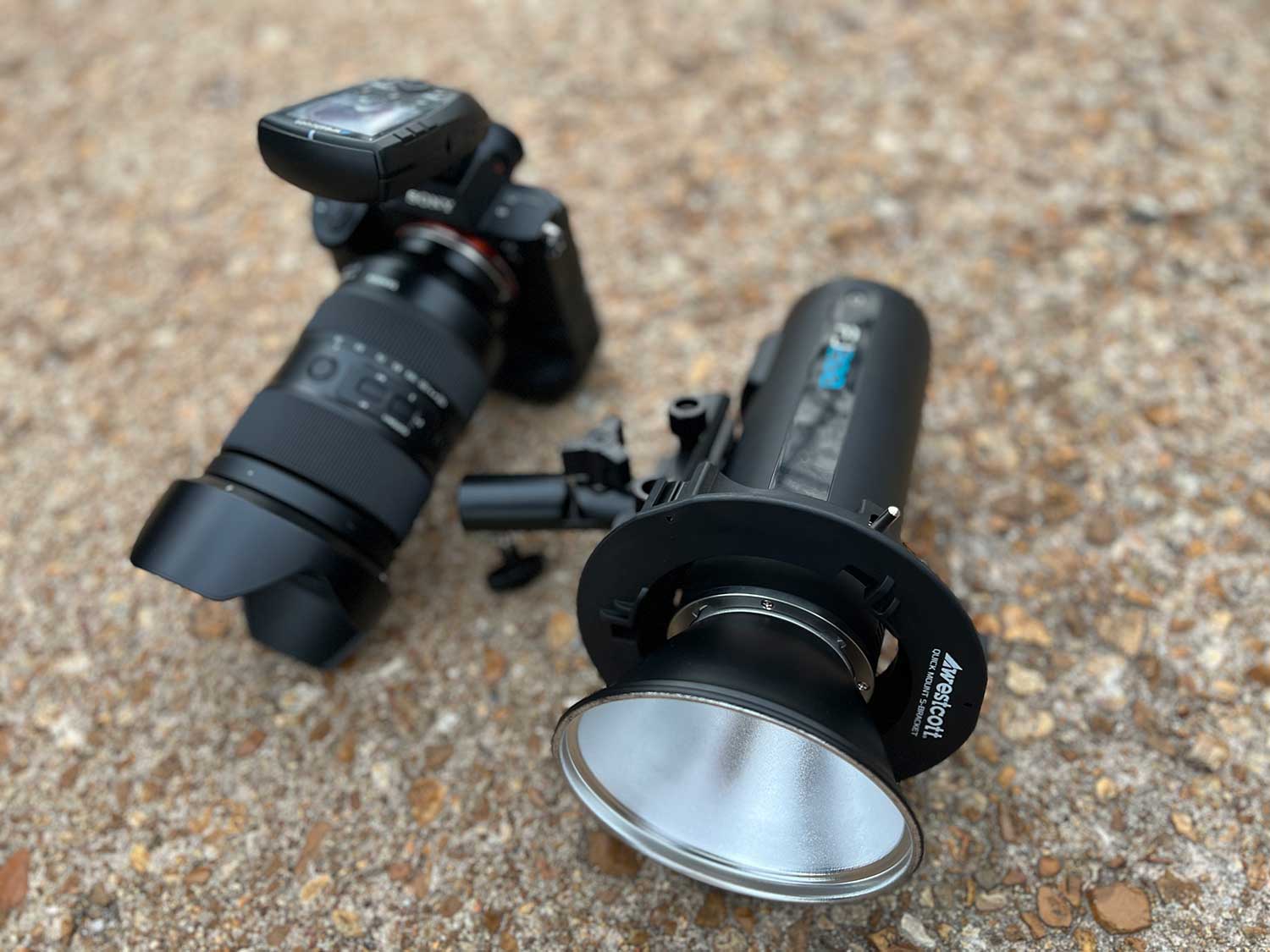 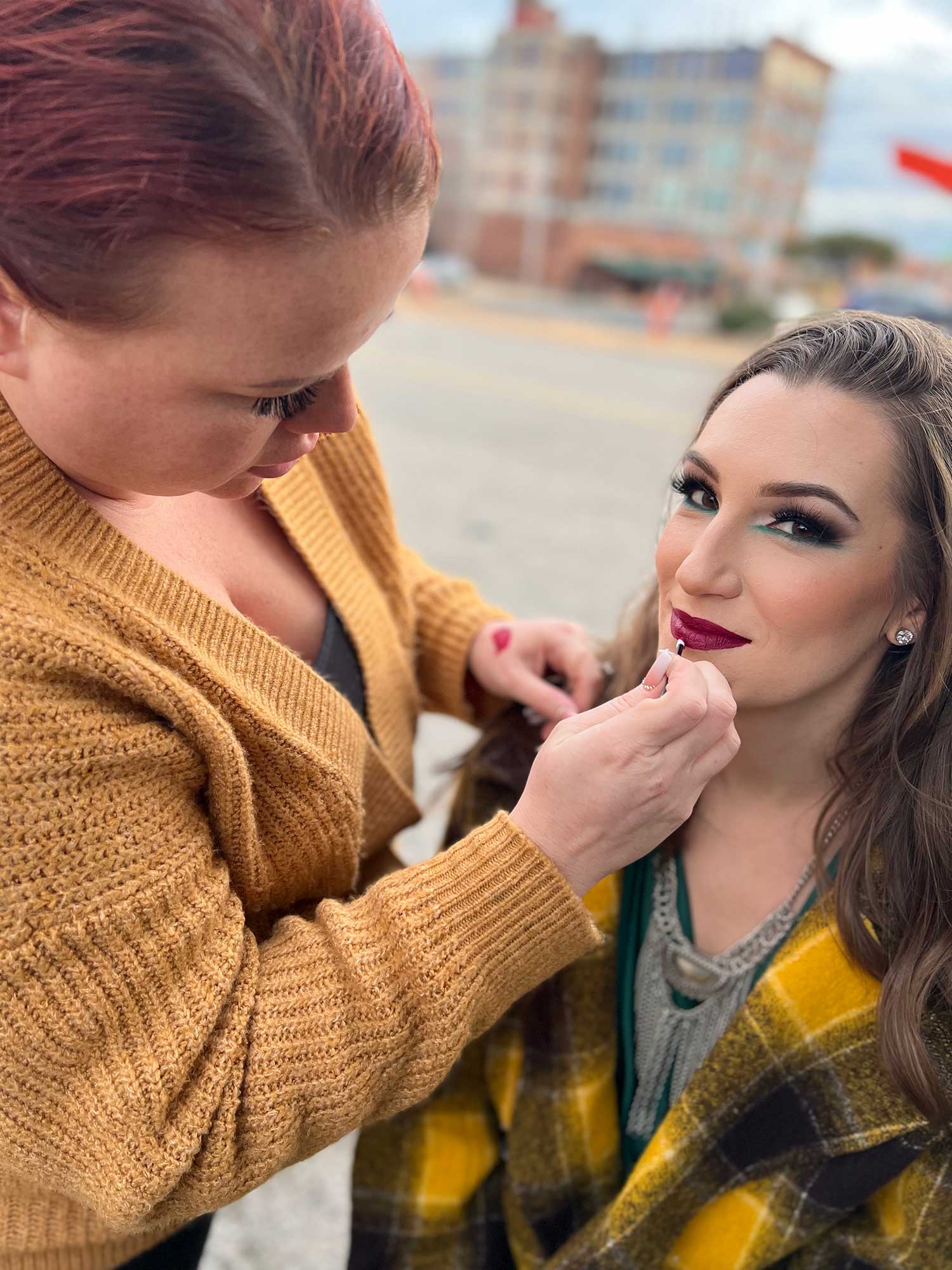 It was SO WINDY. Of course, as we were walking up the street there were hardly any cars, but as soon as I put her in her spot in the middle of the street, the traffic was insane. Don’t come at me about putting my cousin’s life in danger, there’s a section of the road where it’s blocked off before a turn lane, so she was safe I swear.

So these were the elements we were dealing with: crazy wind (see her hair for evidence), crazy traffic, and for the main event, our friend Murphy’s Law enters stage right. I took a few test shots and the strobe fired fine. So, I sent Ellie and Nicole out to their spot, and the flash wouldn’t fire. What the eff is going on?!

Take a deep breath. Come back and take another test shot. The strobe fires fine. Go back out into the street. Nope, it won’t fire. Now we’re losing light FAST and in that moment I swear, the wind picked up and traffic got even crazier (I’m sure it was all in my head, but you know how this goes when you’re in panic mode). 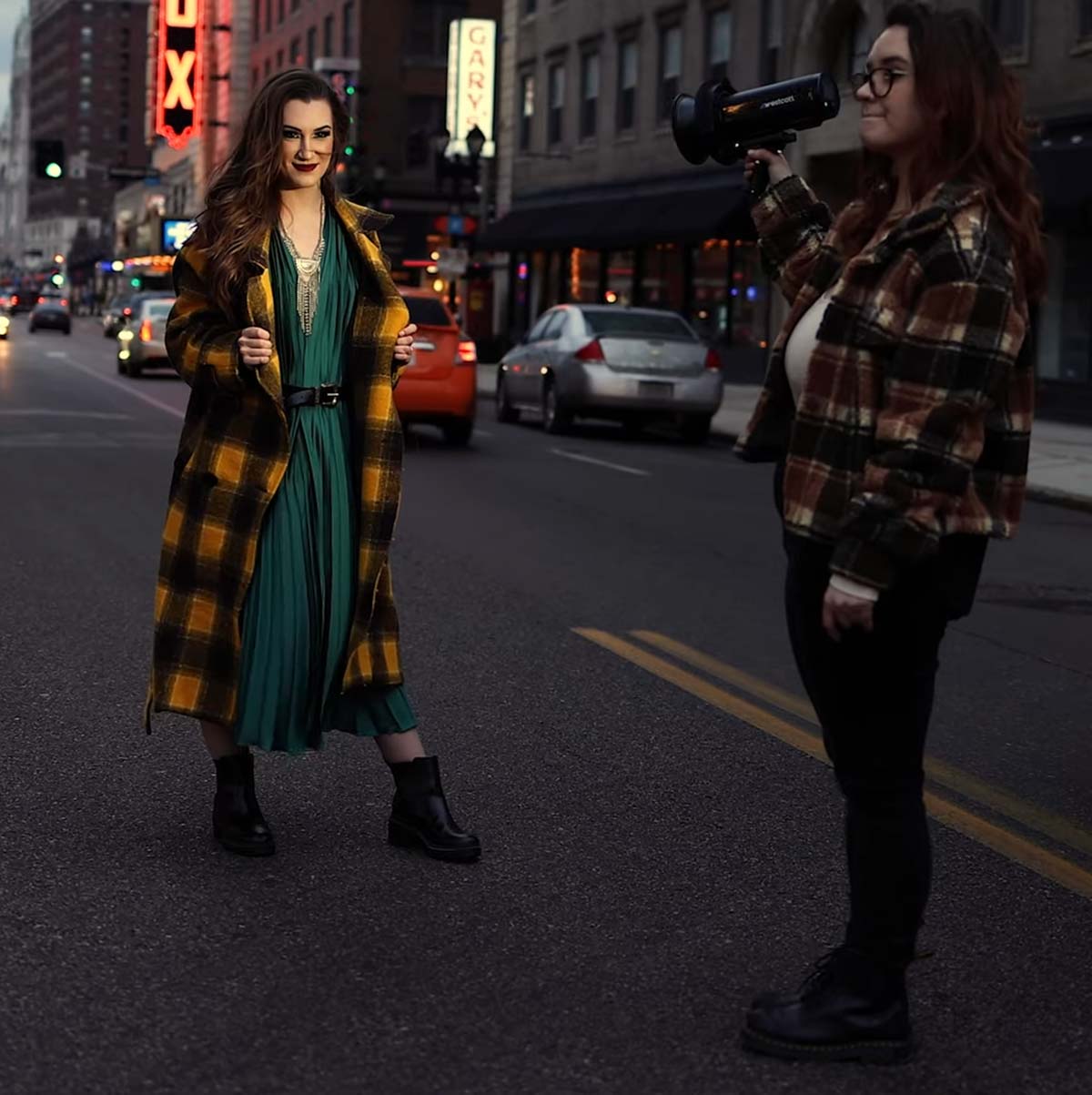 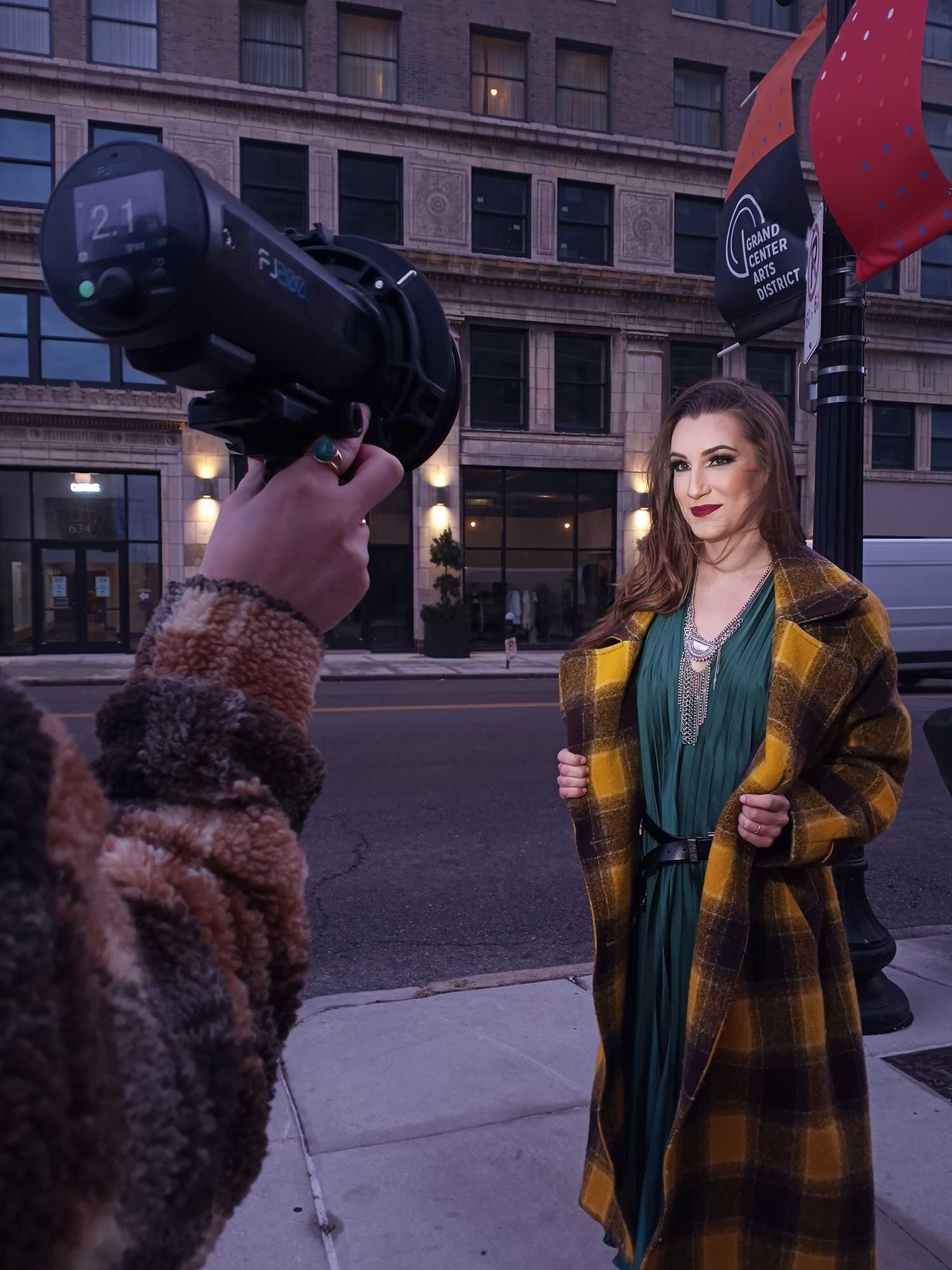 Here’s what I didn’t know. There is a known issue with Sony cameras and the FJ-X2m trigger that require some settings to be adjusted inside the camera so they talk to each other properly. See article here if you’ve ever run into this issue and couldn’t figure out why.

When you have 3-5 minutes of light left and nothing but chaos surrounding you, you have a few options. Keep trying to troubleshoot and miss your window of light for your shots, or pivot and use the tools you have available.

What did I have available? The model light built into the Westcott FJ200. Was it the look I originally wanted for this image? No. But, I was still able to walk away from this shoot with properly lit dusk portraits that embodied exactly what we all experienced that evening: pure chaos in the middle of a busy city street.

So, a few morals of my story here: Take a deep breath. Trust the tools you have. Take the time to fully understand your gear before your shoot. And master the art of pivoting in times of panic.

Hope you enjoy these images!

Check out the Westcott FJ200 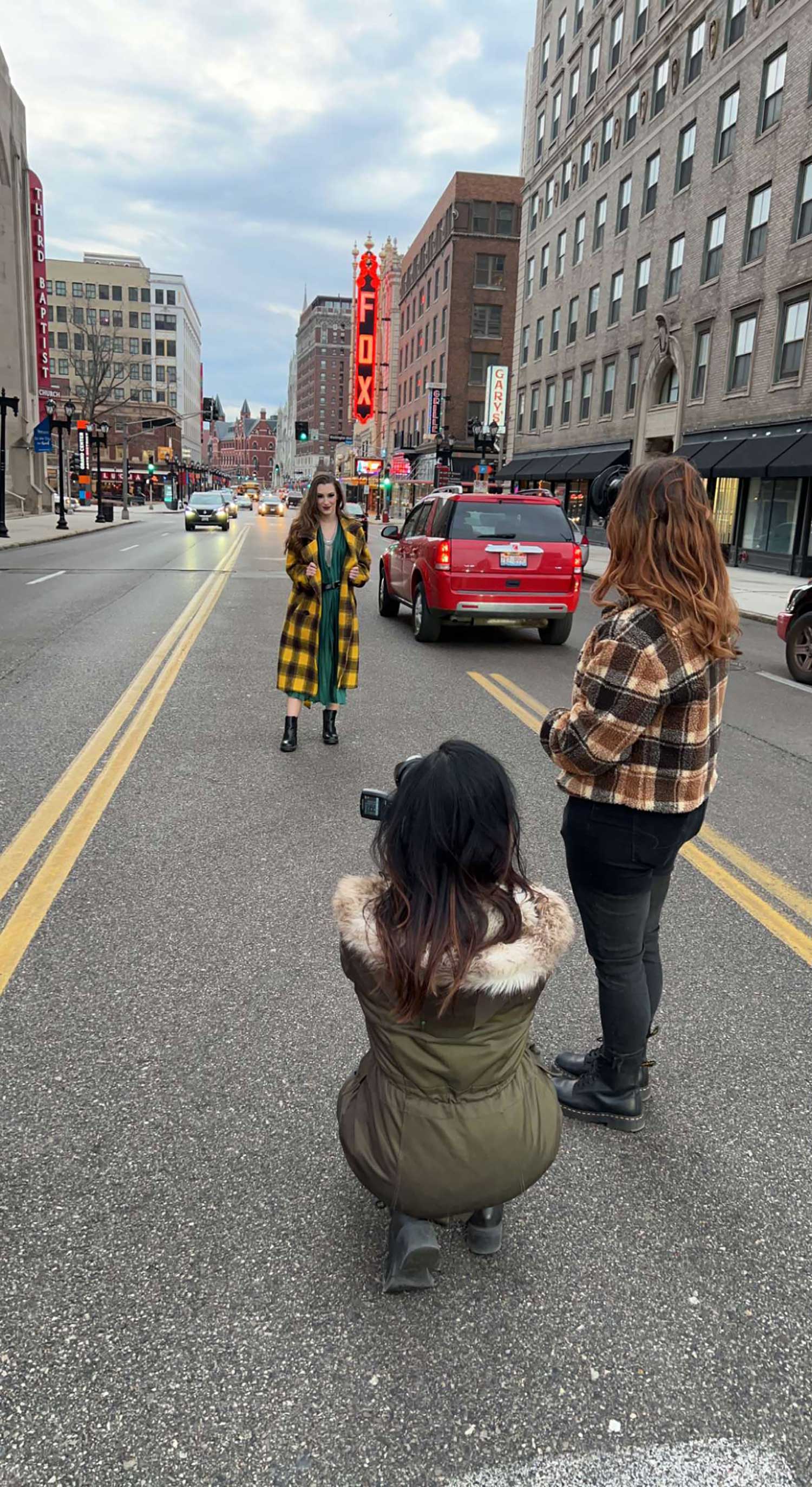 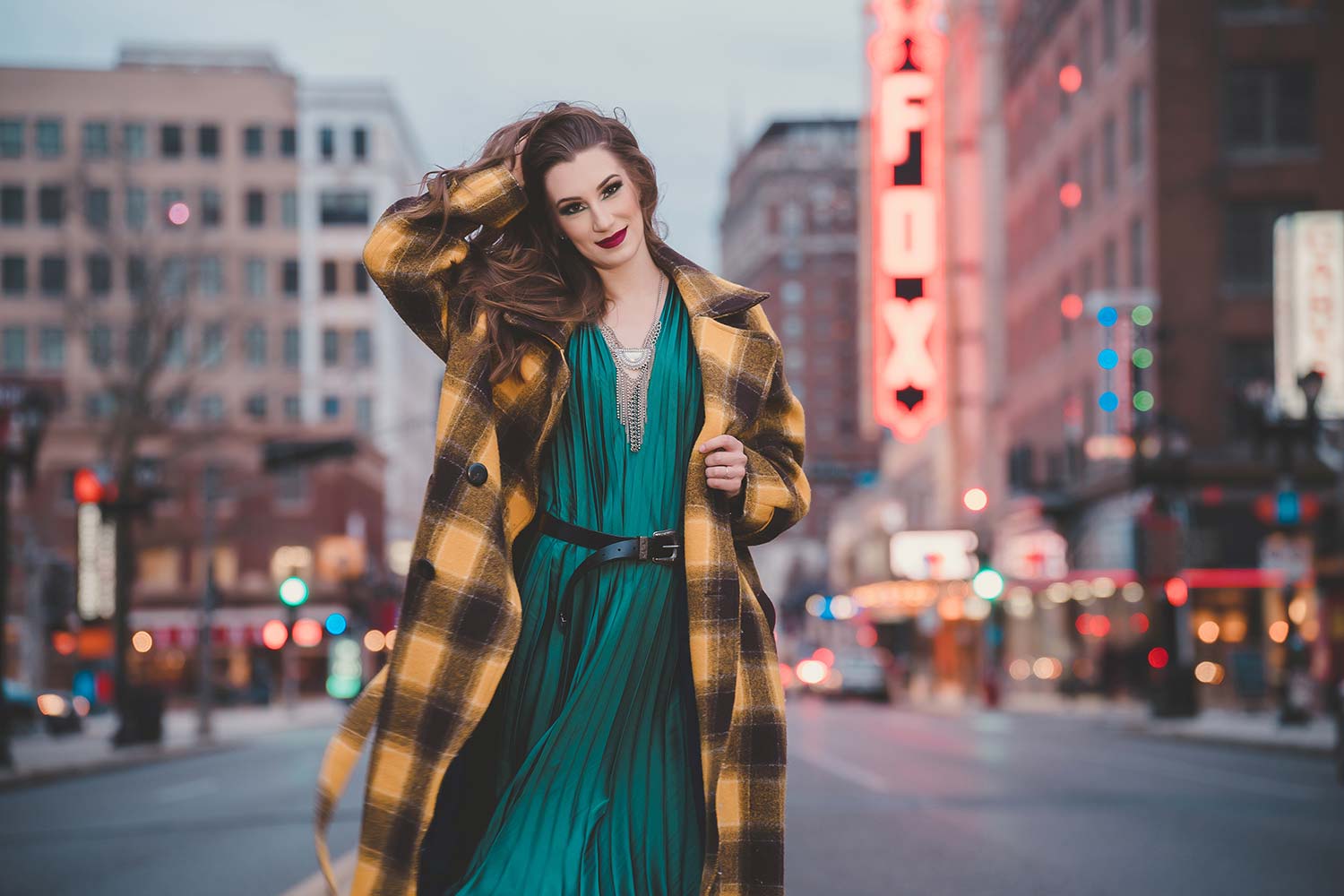 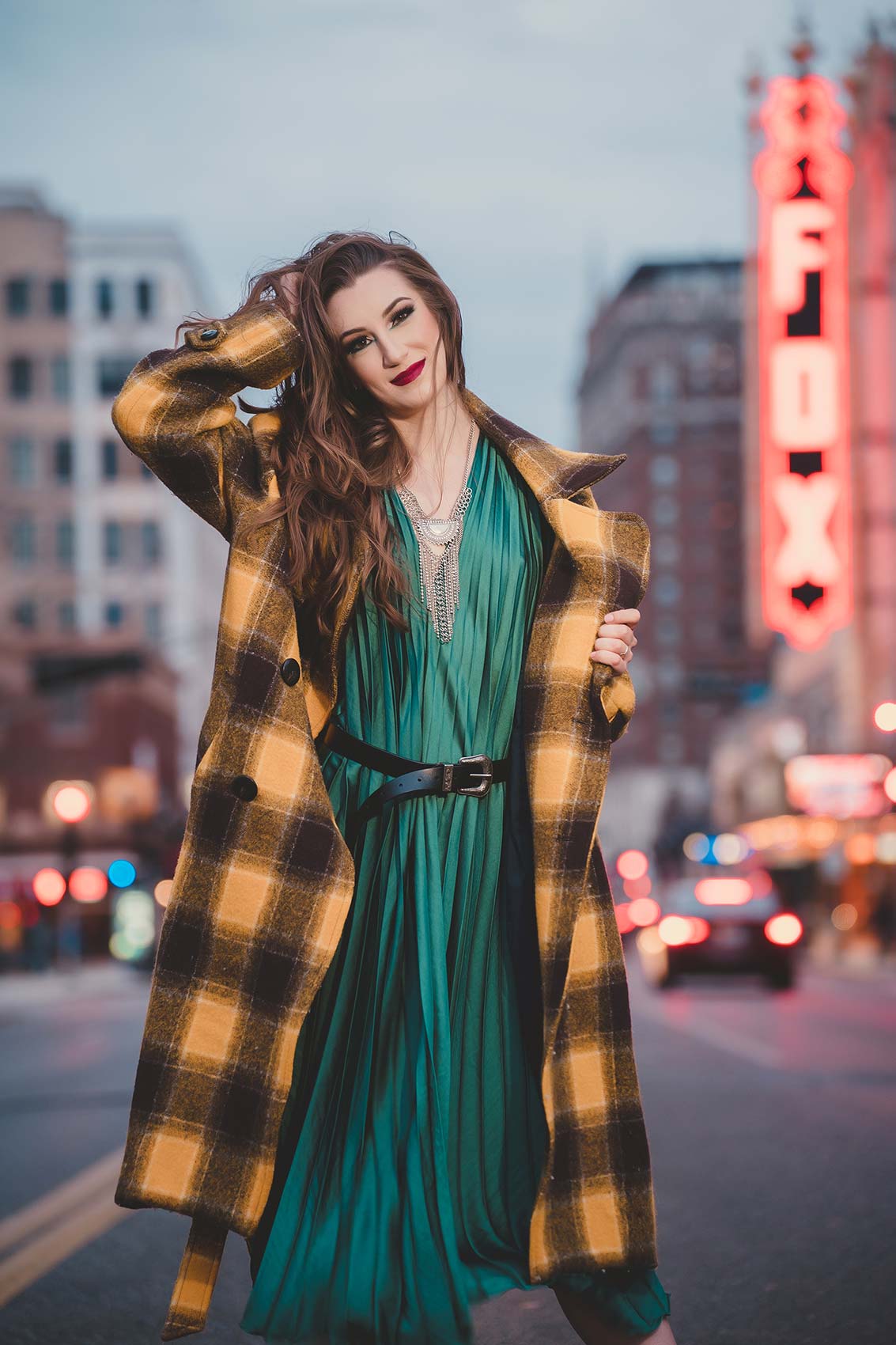 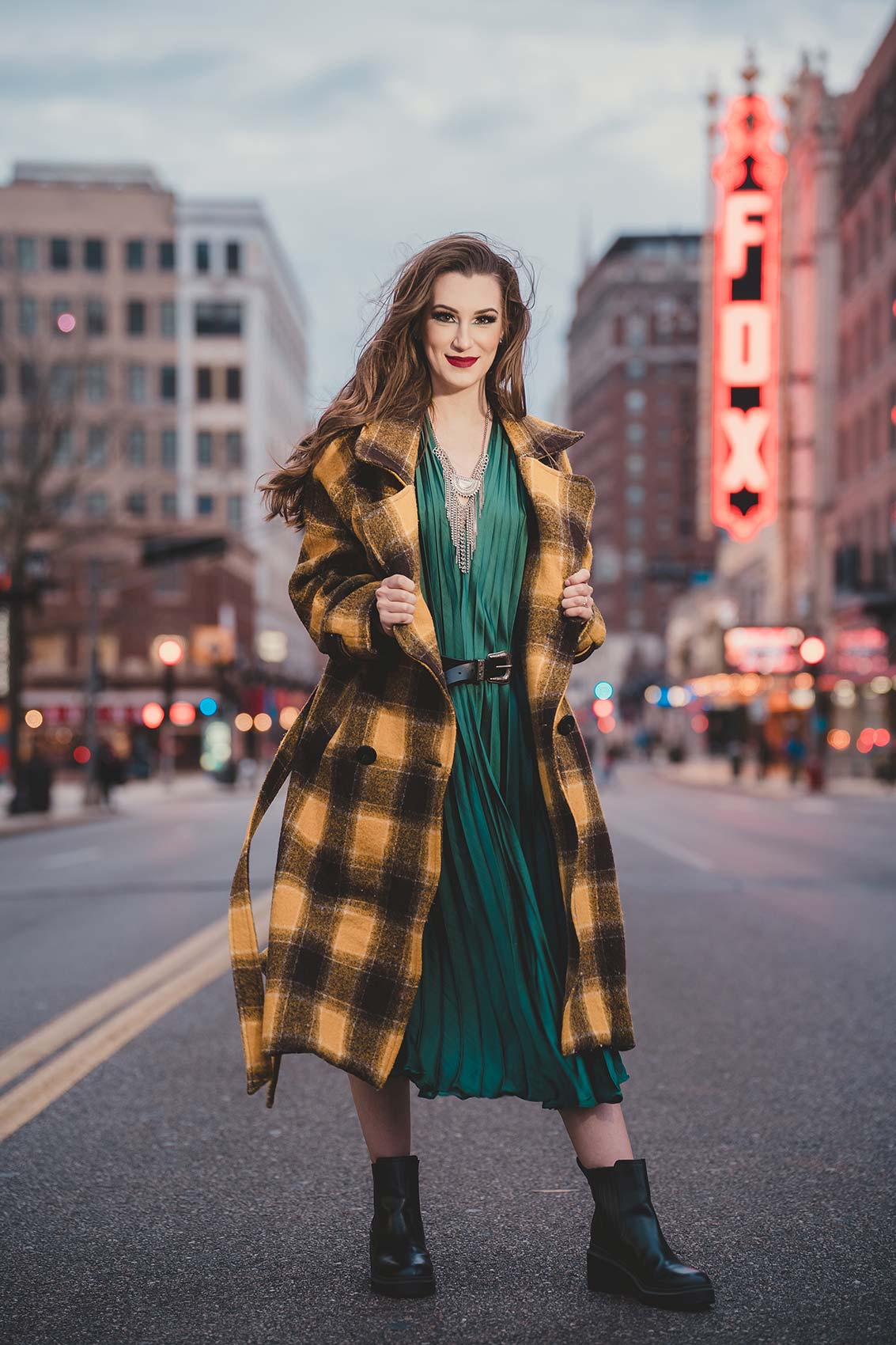 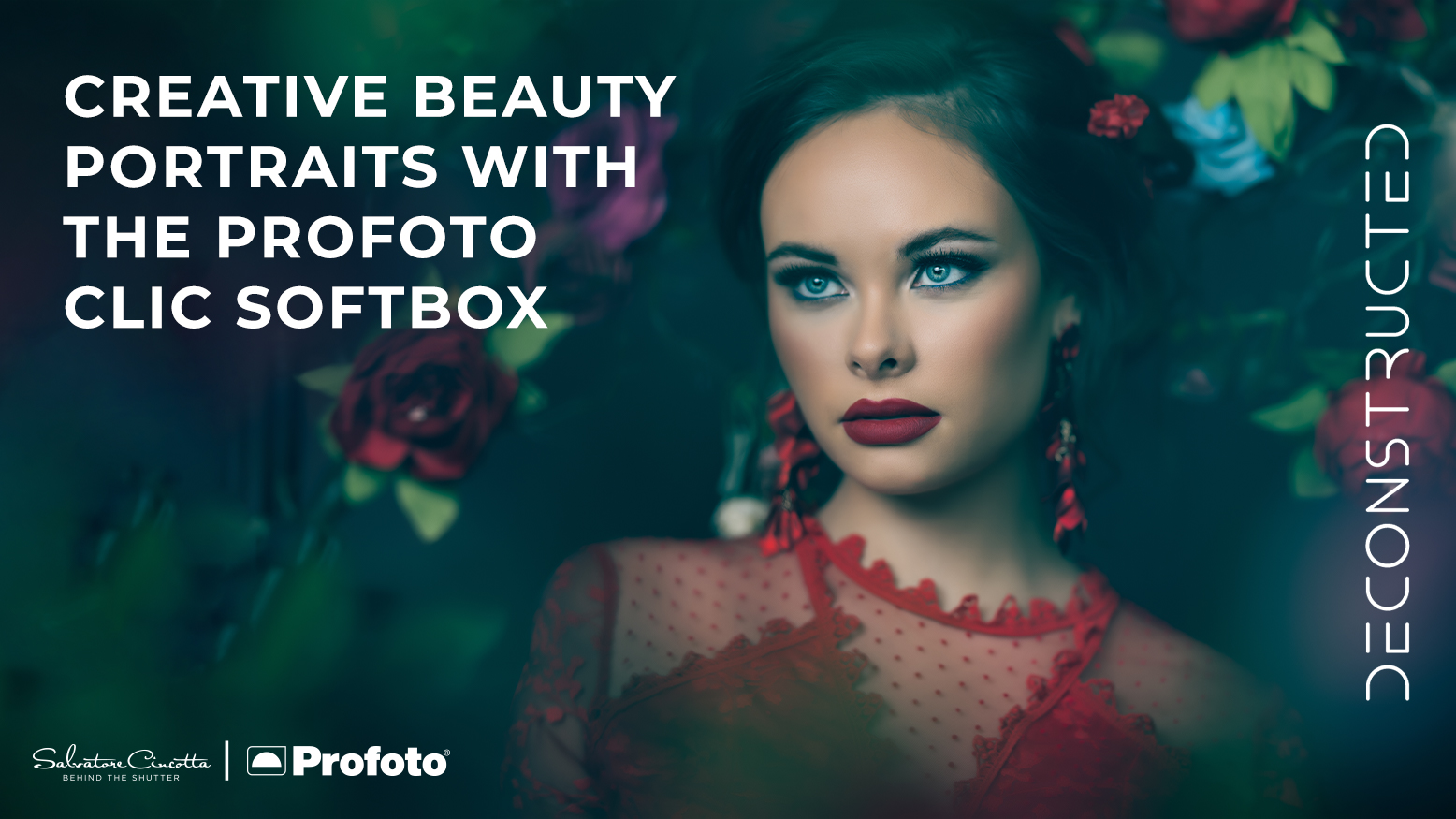