Are You Missing Half of Your Image Data? Use the Histogram to Get Cleaner Images 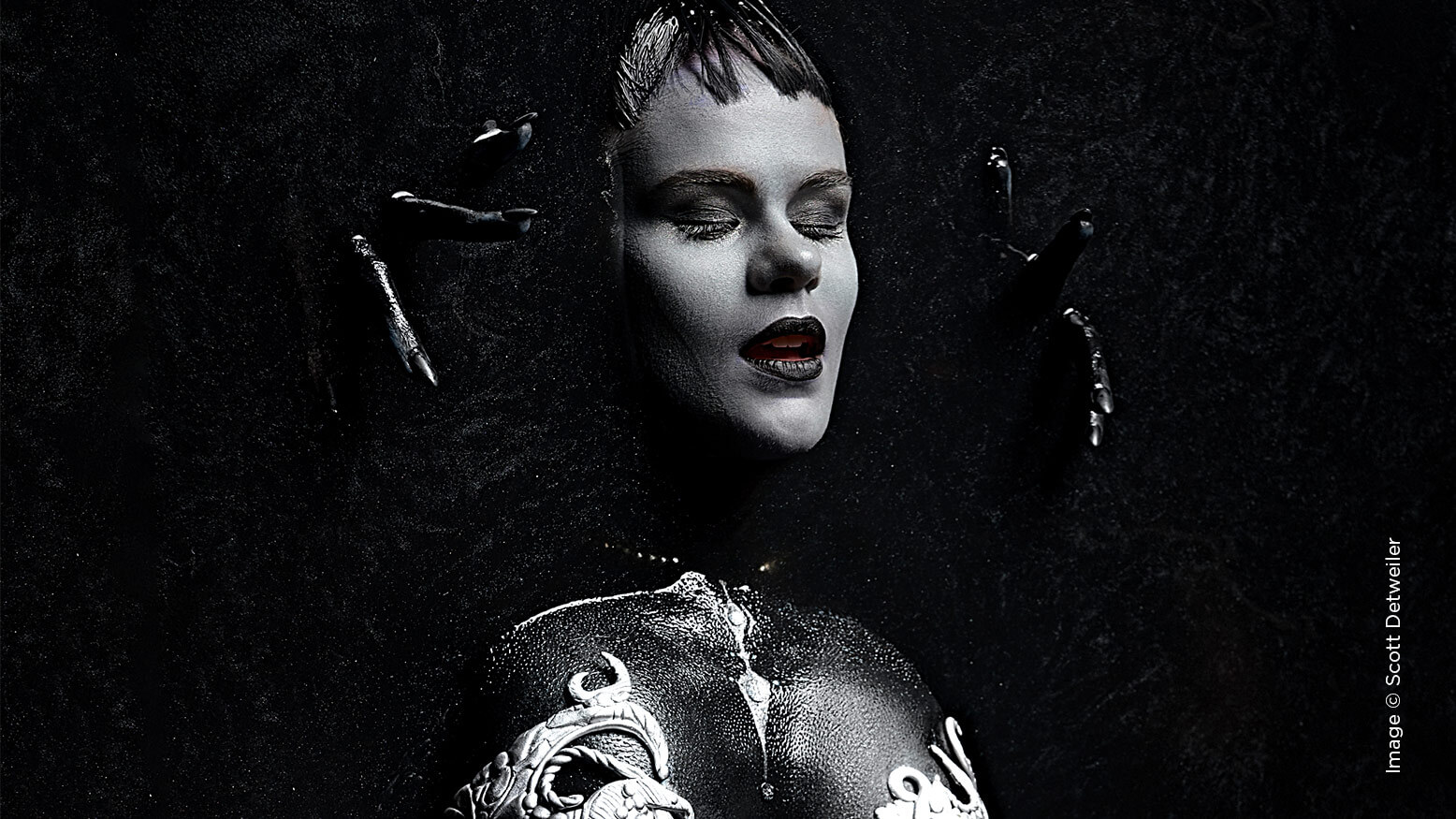 How to Use the Histogram for Cleaner, Less Noisy Images With Scott Detweiler

Digital cameras are great, and we all love the instant feedback they provide over film, but unlike film, they store their image data in computer memory. Because of this, they don’t magically save it as a whole and complete image like film does. That hidden complexity can lead you to miss a lot of what your camera can do and increase noise you could have easily avoided.

Because digital cameras are complicated creatures, manufacturers have added a little gizmo so you can see if you are indeed gathering all the data and using the memory efficiently. But most photographers blow off this handy little meter as esoteric and unnecessary. That magical meter is called the histogram, and today we are going to master that bad boy to get cleaner, less noisy images.

I’ve made much of this article less technical so it is easier to digest. Please take my examples for what they are meant to be, and not a treatise on RAM storage. To get the most from this article, get your camera and bring up the histogram for a recent photo so you can follow along and learn how this graph works.

Imagine your camera is limited to four stops of light-capturing capability.

The labels in Diagram A explain the parts you need to pay attention to so you can make adjustments in the field to get the best result later. To make life easier, we will focus on the Luminosity Histogram (the white one) and not the ones available for red, green and blue, but the same rules apply if you use those.

Notice that we have pure black on the left (labeled Black with an arrow indicating that point) and white on the right (labeled White). That means the curve of the data we capture for most images probably looks like it stretches across most of the width of this graph. I have added a gray curve for a hypothetical photo, but ignore what image it might be and notice how the chart works.

If the curve touches the left edge, we know we have a pure black somewhere in the photo. The height of the curve at the left side indicates just how much black we have, and the same for the far right where white lives. It might go up and down as it works its way across, and that is just an indicator of how many pixels of those values we have captured.

Fun fact: If you take a photo of a gray card, you will notice that the histogram looks like a line precisely in the middle. Gray cards are 18% gray, and that is what your camera meter wants in the middle. This isn’t always ideal, since things like snow will be underexposed, so we do need to keep an eye on what our camera wants versus what we need to capture.

The hypothetical photo we graphed in Diagram A has a lot of gray in it because the curve almost touches the top at the middle line. We also know the data in the middle is our midtones, and conversely, the data on either side represents shadows and highlights. So, at a glance, we know we are looking at the graph for a photo with a lot of gray, a bit of a highlight area, no pure white and a substantial amount of shadow but no true black.

The left side represents the blackest part of the image and the right side is obviously the white. Nothing exists beyond the edges of this graph, so if your histogram is touching either edge, you know you are probably going to miss something since the data beyond is not capturable. Most cameras have a setting to blink the “clipped” areas that are off of the graph, and this exposure/shadow warning should be heeded and enabled in your camera settings. There is a bit we can do in Lightroom to bring this area back since many cameras capture a tiny bit more than what is shown, but it isn’t reliable.

Each bar divides our histogram in Diagram A into four equal sections and each represents a full stop. A stop is twice as bright as the stop next to it. That means if you are even one stop underexposed, your image is half as bright as it should be. The stop on the far right comprises half of the image data our camera can capture. It’s kind of mind-blowing that half of the data is stored in that single stop, but that is how it works. Underexposure by even just one stop means a much smaller image for adjustment in post. You can also see that the shadow side of the histogram captures only one-eighth of the image data or less. Getting the most information attainable is as simple as pushing that exposure as far right as possible.

The trap here is that the camera’s computer applies a curve for you before you see the result as the preview. That image might appear too bright for you, so you may make rash decisions that impact the image based on this tiny picture that does not necessarily represent the data captured.

To save the day, a glance at the histogram can instantly tell you if the “gas tank” is full, meaning the histogram reaches across to nearly touch the right edge. That right edge is the part we need to control, and getting the chart as far to the right without clipping is your goal. Even if you have no true black, pushing the exposure to the right side is much more critical. Sometimes the camera meter will second-guess you, and that is when you can use the +/- adjustments to nudge things. You will often hear the phrase shoot to the right, and now it probably makes more sense. Doing so means you are filling as much of the camera memory as possible and using the system to its fullest.

Underexposing and leaving the brightest stop (the far right one) empty might be ok with you because you are an edgy pro, but what happens to the stop that would have lived in the shadows of the far left edge where our camera has very little memory? The problem lies with the fact we are only capturing those four stops of information with our fictitious camera as shown in Diagram A. Now the stop that was on the far left (the darkest one) has been clipped off of the graph and the camera can no longer capture it, so we end up with the chart in Diagram B. No matter how much you mess with the sliders in Lightroom or Photoshop, that clipped data was never captured because our camera couldn’t record it.

The dark side of the histogram already represents an area where our camera isn’t dedicating much memory to those stops, and pushing them off the left edge means certain death for those pixels. It isn’t a matter of messing with controls to make it brighter; it was beyond the ability of your camera to capture it.

This also happens when you accidentally underexpose an image and then want to brighten it in post-production. We are in effect telling the computer to find data that wasn’t recorded, which isn’t possible. To help you magically resolve this, programs like Lightroom add noise in an attempt to make whatever data they do have look brighter. In the end, underexposure results in unnecessary noise in the shadows and can affect the rest of the image, causing those terrible bands people see in shadows.

It might be obvious now that taking shots with a higher ISO to capture the data always yields a better result than underexposing and hoping to brighten it in post. Lightroom can do wonders at noise reduction, but it isn’t very good at making up data you didn’t capture. Don’t be scared to use ISO to get the proper exposure. You will always get a better result using the camera memory like it was designed.

Doubling is a common theme with your camera. You can always double your ISO, slow your shutter by half, open your aperture a stop or double the power of your strobe to add a stop. These are all exposure equals. Wrap your head around them to help you get the most from your camera. If you notice your histogram says you are one stop underexposed (the graph isn’t going far enough right), then you know you need to find that stop of exposure somewhere.

One other trap is knowing who the star of your photo is. Be sure they are correctly exposed. Ansel Adams created a great way of working this called the Zone System, and it is worth learning. Caucasian skin should be one stop over 18% gray in an ideal situation (that is, on the bar marked 1/2 in Diagram A). But what if the sun or a bright sky is in the shot and our histogram shows the exposure is too bright overall? The answer is to expose for the skin, of course, and ignore what the sky is telling us unless we can bounce light or add light to expose for both. I won’t go into the light meter in this article, but it is how things are measured and it’s worth knowing how to change it to the proper setting depending on your situation.

The histogram is such a critical tool, something everyone should use, at least initially, when setting up a shot. Underexposure is not an artistic decision at the time of capture; it is merely a failure to use the camera memory to its fullest. The decision to underexpose in post-production is where the artist can make those decisions.

Leave that graph up on the preview and capture all that pixel goodness so you have less noise and more flexibility in post. 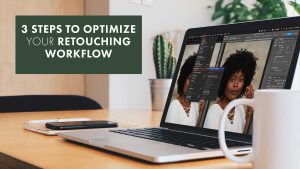 Tips For Adding Men’s Boudoir To Your Brand 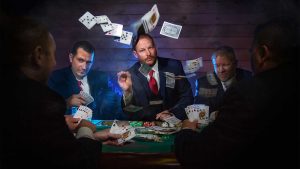