Everyone is a Photographer – Now Even Reporters

The Chicago Sun-Times and its sister suburban papers have eliminated their photography staff and will ask the papers’ reporters to provide more photography and video for their stories.

Managers at Sun-Times Media Holdings, the Wrapports LLC unit that owns the papers, told the photographers in a meeting this morning that it was cutting their jobs, according to people familiar with the situation. The number of full-time workers affected is about 20, but including part-time and freelance employees, it could be closer to 30, they said.

While the company still will hire professional freelance photographers for coverage, it will increasingly rely on reporters to take photos and video to accompany their stories, the sources said.

Sun-Times Media is further reducing the media company’s head count as the newspapers, like the entire industry, struggle to adjust to reduced advertising and subscriber revenue. With the onslaught of online and mobile alternatives in recent years, old-line newspapers have lost advertisers and subscribers to those new rivals.

It’s not uncommon for magazines to forgo staff photographers in favor of freelance and wire services. But it is unusual among daily newspapers. Newspapers and other online publications increasingly have coupled their news and information with videos.

The company didn’t comment immediately on the number of jobs cut but provided a statement:

“The Sun-Times business is changing rapidly and our audiences are consistently seeking more video content with their news. We have made great progress in meeting this demand and are focused on bolstering our reporting capabilities with video and other multimedia elements. The Chicago Sun-Times continues to evolve with our digitally savvy customers, and as a result, we have had to restructure the way we manage multimedia, including photography, across the network.”

The Chicago Newspaper Guild, the union that represents the photographers, immediately said it would consider taking action against the company over the cuts. It’s currently in negotiations on a new contract for the reporters, photographers and other workers it represents. Before the cuts, it had about 150 members at the company.

“We will be looking into all of our options, legal and non-legal,” said Craig Rosenbaum, executive director of the union. “We think this is a terrible move for the paper and community.”

Chicago-based Wrapports, led by Chicago millionaire Michael Ferro, bought the Chicago Sun-Times and its 40 suburban affiliates in December 2011 and expanded the enterprise in the past year with purchases, such as the Chicago Reader, and launches, like Splash, a society tabloid.

~ ~ ~
Lynne Marek is a senior reporter at Crain‘s Chicago Business. 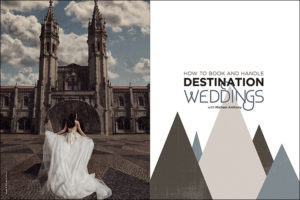 How to Book and Handle Destination Weddings with Michael Anthony