Light modifiers are a subject I love to talk about, because I’m a gadget junkie. I’ve used hundreds of different modifiers. This month,I’m going to talk about one of my all-time favorites, and a great one for my windy Idaho: the beauty dish.

There are two basic kinds of modifiers: hard and soft. The main purpose of a soft modifier is to diffuse light to a point where you significantly reduce any contrast in the subject you are shooting. These modifiers are usually less precise, and throw light rather than place it. This category includes softboxes, octaboxes and shoot-through umbrellas.

The main purpose of a hard modifier is to concentrate, or contain, light. This kind of light is very contrasty because of the quick transition of light to shade. Hard light is very specular because these modifiers only direct light and don’t change its properties. This category includes pan and long-throw reflectors, barn doors and snoots.

And then there’s a group of modifiers that fit dead in the middle of hard and soft to fill the needed gap.

My introduction to the beauty dish was ass-backwards. When I first started shooting outdoors with flash, I tried shooting with umbrellas and with softboxes, and it went terribly. Here in Idaho, the weather is crazy and unpredictable from one hour to the next. When I would try to shoot my umbrellas or boxes, any breeze would move or even knock over my lights. The wind just causes havoc. Then one of my friends suggested I try this thing called a beauty dish. I had no idea what it was. I watched some videos and then bought a Paul C. Buff white 22-inch beauty dish. And I have been shooting with and loving them ever since.

Beauty dishes come in one of two interior colors, white or metallic silver. The interior color is vital to what it can and can’t do. It dictates the spread of light the dish outputs. A white finish has a wide spread of light, closer to a softbox. Metallic silver doesn’t allow the light to spread; light comes out of the dish more like a spotlight or a gridded strip. For overall general use, or if you are just starting to shoot beauty dishes, I would go with white, since there’s a greater learning curve for silver.

One of the really great things about beauty dishes is that when they are not gridded or attached to a diffusion sock, they are pretty efficient with light. Unlike softboxes, they do not eat up a ton of power to get to f9–f16 at a little distance. The silver dish is at least a third more efficient than the white one, and does not take a lot of power to get to f11 at 10 feet or so. This is particularly nice when you are shooting OCF (off-camera flash) with a battery pack. On the down side, it is very easy to be a whole stop different in light in a matter of inches with a silver dish. That means you have to really meter properly in the right area, or you will be in hotspot hell. The white dish gives much more even exposure.

Beauty dishes come with a white cover that fits over it and is used to diffuse the light and help minimize the contrast; this is “the sock.” I know a lot of shooters who like to use the sock when they shoot their beauty dishes, but to me, putting the sock on is like taking a tasty filet mignon and making it into a hamburger. It’s still tasty, but you took everything great away and turned it into something else. In essence, when you put the sock on, you turn it into a small octa. There is no right or wrong to using the sock, but I don’t use it if I don’t have to. The only time I use it is if I’m shooting on location at dusk and don’t want the harder light.

Grids are inserts that you place on the inside lip on the outside ring of the beauty dish. The actual grid looks pretty much like a honeycomb. The honeycomb prevents the light from spilling out, and directs it to exactly where you want it. Grids come in a variety of degrees. Each degree has a certain size honeycomb that allows only so much light to pass. The less light that passes, the more pinpointed the placement of the light. The tradeoff for more control is that the smaller the grid, the more it eats up light and power. If you were metering at f8 without a grid, when you put a grid on, depending on the degree of the grid, you could lose at least half the power and now could be registering only f3.5. Grids are a must-have when shooting beauty dishes.

Beauty dishes are governed by the same rules as all mods and light sources: The smaller the source, the harder the light, and the bigger the source, the softer the light. Another thing to keep in mind when choosing your beauty dish is that they do not break down for easy transport. If your primary use is going to be location shooting, then size is a huge factor. Getting around with a 22-inch dish is a lot different than with a 28-inch dish. I shoot a 28-inch Mola Setti for a few reasons. It’s incredibly light; it’s large enough to shoot couples full length with little fall-off; and it’s large and heavy enough to handle the wind here in Idaho without blowing over. I bought the Setti for shooting OCF with my high school seniors and found out, after the fact, that it was great in studio. I still use my 22-inch dishes, but my go-to beauty dish is my 28-inch.

The 16-inch beauty dish and a speedlight

I know a lot of people like to use speedlights for their flash photography. I used to shoot with them as my main off-camera option. I was always looking for modifiers that I could use with my speedlights that would give me a big modifier look. I pretty much bought everything I could for my speedlights, and then when I discovered beauty dishes, I thought the natural thing to do was to buy one for my speedlight.

I bought a 16-inch white beauty dish that came with a sock and a grid. I was sure I was going to be in heaven. I was not. My experience with 16-inch dishes and speedlights is that they are not the best match. The beauty dish I had, the middle baffler that you’re suppose to fire into so you can disperse light across the dish, was not big enough to contain the light from the speedlight. When I would shoot the dish indoors without the sock, light would escape and streak the image. When I put the grid in the dish to control the light, there was just not enough power in the head of the speedlight to be effective in bright sun at any real distance. Putting the sock on the dish was the best way to use the dish, but even then, it was not that great; it was more of a matter of picking the lesser of the three evils.

Maybe technology has changed since I was shooting beauty dishes with speedlights, but I highly recommend finding a better modifier for your speedlights if those are your flash of choice. 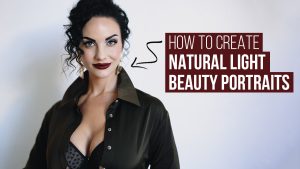 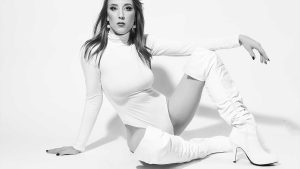