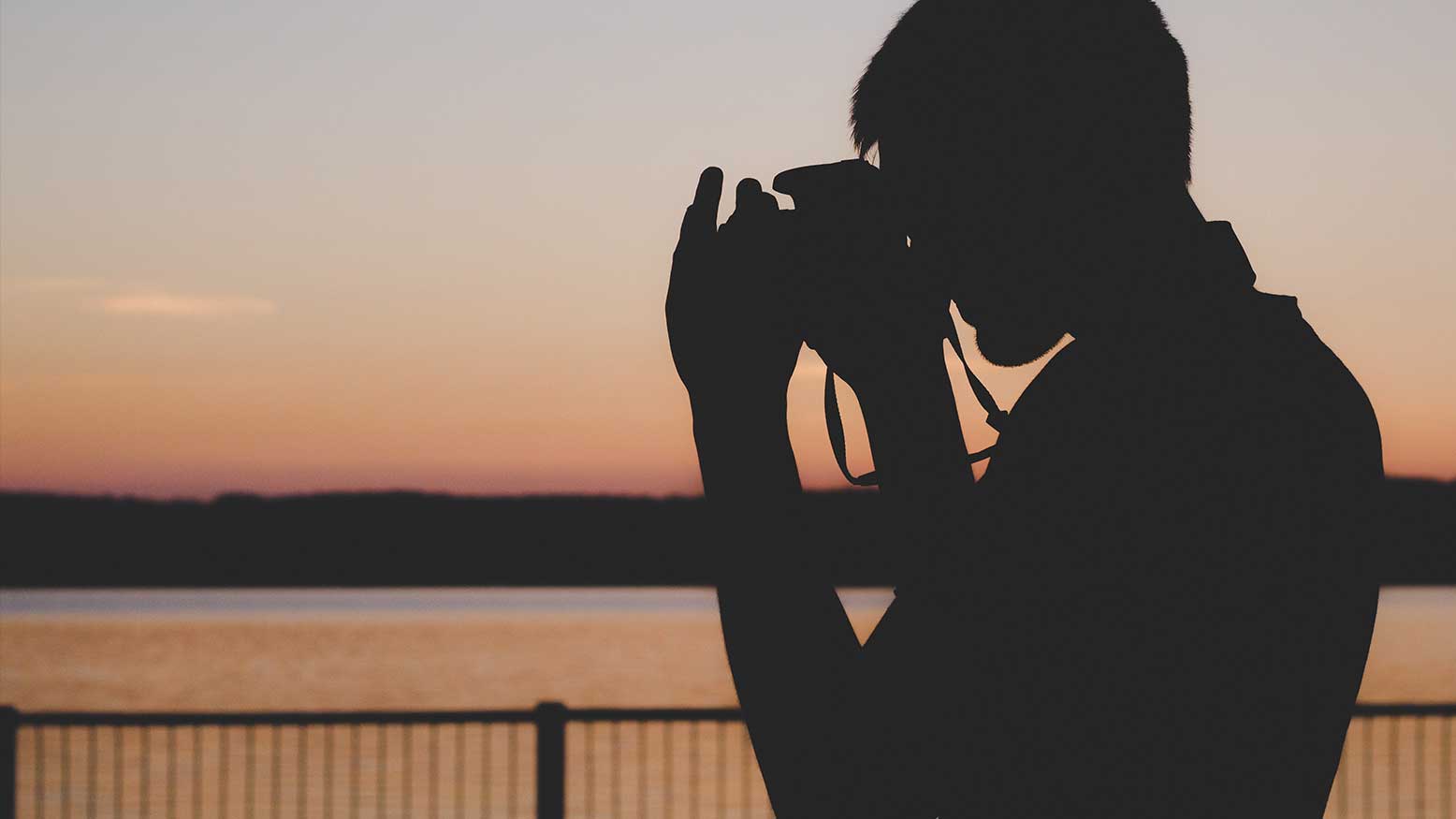 It’s true: Gear doesn’t make the photographer. But it’s also true that the right gear can make your job a heckuva lot easier—and more fun! So after more than a decade amassing an arsenal of expensive DSLR cameras and lenses, our studio finally made the switch to an entirely new system. Mirrorless.

Converting our entire toolkit was expensive, time-consuming, and at times frustrating. So, was it worth it? Absolutely!

Let’s look at a few of the top reasons to go mirrorless. Then we’ll look at the top brands’ mirrorless offerings, and decide whether the upgrade is right for you.

The initial reason mirrorless cameras caught my interest was their small size. Sure, many photographers criticized these cameras for that very reason in the early days. They cried, “I won’t be taken seriously as a professional with this small camera,” or “It’s too little to handle; my DSLR fits better in my hand.” In the end, these were all matters of personal feeling. Most of that nay-saying has disappeared now. But in case it affected you, let me provide a different perspective.

For those of us who learned photography on small 35mm cameras in the film days (I’m only 35 years old; it wasn’t that long ago!), oversized DSLR cameras were already the exception—not the rule. So in terms of form, mirrorless photography is a return to normality. As tech advances, “smaller” should be expected. Besides, I’ve never given two cents whether some novice standing nearby judges me for my camera size, or whether my flash is a “luxury” brand, etc. I let my work speak for itself and encourage you to do the same.

For me, it came down to two big problems with my DSLRs: 1) The sheer weight of the huge body-lens combo was causing me injury over time. I got lower back pain carrying two cameras through a wedding day, and I began to develop early arthritis in my shooting hand from occasional one-handed gripping. 2) I got tired of carrying multiple camera bags for travel. If you travel a lot, you understand how refreshing minimalist options are. Especially after my wife Eileen and I added three children to the family mix, it’s no exaggeration that fitting all our cameras and lenses in just one backpack (instead of three rolling cases) changed our lives, especially for overseas shoots. We became instantly more mobile and free!

There’s a common argument that lenses are still just as large and feel awkward on small, mirrorless bodies. That’s partly true. At first, the industry (led by Sony) designed mirrorless lenses to be smaller, too. But third parties lost that vision and found it cheaper to churn out compatible glass at the standard scale. Good news, though—if you hold your lens barrel correctly, you probably don’t care about the lens size as much as the great mirrorless features. Besides, there’s still a good lineup of advanced small lenses, especially from Sony, who has at least a two-year head start in this arena.

Without a doubt, advanced focus technology is a top reason to go mirrorless. Instead of old DSLR focus-finding technology, which reflected a limited amount of light from the mirror to a phase detector, new mirrorless cameras have thousands or millions of phase-detect sensors built into the sensor itself.

Canon’s direct-to-sensor light technology allows their EOS R mirrorless cameras to use “dual-pixel autofocus.” Since every pixel has two light-sensing diodes, autofocus is finally a usable option, even for cinematographers. Nikon’s Z6 and new Z7 mirrorless models work on the same premise, and they can fire off a lot of shots while holding tight focus on moving objects. In concert with the sensor phase detection, these companies are pumping their best new Face Detection tech into these mirrorless cameras, too. Even Panasonic and Fujifilm have made big strides in focus over the past year, putting mirrorless on par or ahead of DSLR in terms of focus speed and accuracy.

The scope of this article doesn’t allow me to contrast brand specifications side-by-side. That being said, I am a former lifelong Nikon user who converted to Sony. Why? While there are pros and cons to all these cameras, autofocus was of huge concern to me, and I think Sony nailed this feature with the a7 III and a7R III models. Within many photography genres—especially sports, weddings, etc.—focus has been one of the most challenging skills to master. After 11 years as a full-time professional, I thought I was doing pretty well to nail just 65 percent of my wide-aperture shots if my subjects were walking or moving playfully. With Sony’s proprietary, super-advanced Live Eye AF and Animal Live Eye AF (introduced as a firmware update earlier this year), I virtually never miss focus on my human or animal subject. No manually moving the focus point, no rapid pressing of the back-button focus. I simply activate the feature, and it doesn’t matter if they look right at me or look down and turn away. It locks on the subject’s eye, not just their face. And I just don’t miss. It feels like cheating, and maybe I am. But isn’t that what technology is for—to make our lives easier?

Honestly, I used to be horrified by the idea of a mirrorless electronic viewfinder in place of the real-life reflection you see through a classic DSLR camera. I rarely ever shot stills in Live View mode on my Nikon cameras, framing shots like a videographer often does on the camera’s back OLED screen. Those lower-res screens are hard to see under light, and the subpar picture is a delayed, distorted view of reality. Surely being forced to look at a tiny internal OLED would slow down my workflow and give me a huge headache!

Actually, the opposite became true. The action on the internal electronic viewfinder not only appears in real time without delay, but it looks fantastic. The Nikon Z model cameras arguably have the most gorgeous, clear display. But the Canon R and Sony a7R III are beautiful as well. For wedding and event photography, I primarily use the “entry-level” a7 III with a lower-res viewfinder; even so, the display is impressive and I’ve never once felt uncomfortable with it.

Beyond quality, though, it’s the revolutionary features of electronic viewfinders that have completely changed how I photograph! Because the preview image is generated by a computer rather than a mirror, mirrorless cameras allow you to see the finished image before you even take it. Now you “chimp” before you take the shot! Combined with the above auto-focus features, this live-view “Setting Effect” makes it almost impossible not to get perfect exposure in-camera on the first try.

As I scroll my thumb across the shutter speed dial or aperture, I literally see the in-camera image grow darker or brighter. Although there’ll always be a place for metering, I rarely need to consult my in-camera meter anymore. I quickly scroll till the picture appears perfectly in front of my eyeball. Then I click and move on. I’m so much faster not only in the field, but also at the computer, where my editing time has been cut drastically. When it’s this easy to get it right in-camera, you save yourself hours of post-processing!

Two more amazing viewfinder features (among many) are worth mentioning here: 1) When you want to manually focus, set the viewfinder to automatically zoom in on your subject as you turn the focus ring. You’ll see your subject under extreme magnification, but the picture returns to your actual composition as soon as you stop focusing. Even better, you can use Focus Peaking to reveal a clear, digital red line around everything that’s in focus. It’s fool-proof, and it allows you to choose from almost endless older lenses that, although they may not have autofocus, become suddenly very usable. 2) Set the viewfinder to display “zebra stripes” atop blown-out highlights or clipped blacks in your image. Again, master your exposure visually in the wink of an eye, rather than tediously working on curves after it’s too late.

You might foresee a problem with the Setting Effect option above. What if you shoot in studio or are a heavy off-camera flash user? You need to darken your ambient exposure first, but you still want to see your composition in daylight. Easy! Mirrorless cameras are ultra-customizable.

The “Setting Effect” mode is optional. Set a custom button to turn off the mode altogether. Or do what I do on the Sony a7 III: set the “AEL” button to “Shot Result Preview,” allowing you to deactivate the preview just temporarily while you hold it under your thumb.

Of course, mirrorless cameras have almost too many options when you consider all they’re capable of in terms of still photography and cinematography as well. You’ll want to spend a day or two with your new mirrorless camera, moving your most commonly needed features into a “Custom Menu” page you can access quickly. This is just the beginning of how you can customize your mirrorless camera to achieve results you didn’t know were possible—or that you thought you needed additional equipment and lenses to achieve!

For example, I didn’t make the choice lightly to change from Nikon to Sony. But just a few years ago, when Sony was already heating up the mirrorless game while other top brands were running to catch up, my friends inside Nikon kept me updated about their progress. When it became clear Nikon’s first releases (like those of other top brands) would not include double card slots and, despite being brand loyal, would still require all new native mirrorless lenses (RF series for Canon, Nikkor Z for Nikon), I started looking outside the home turf.

I wasn’t ready to jump ship yet; I had tens of thousands of dollars invested in Nikon glass. But I also realized, as a mature photographer, I had found my favorite lenses by that time, and almost only shot 85mm, 50mm and 24mm anyway. I have never been a gear addict, so we hadn’t upgraded our camera bodies in almost a decade. It was time to change, and I was the perfect candidate to make the conversion.

I was in the room when Sony unveiled its a7 III model at WPPI in early 2018. This changed the industry, and helped me make up my mind. For the first time, at the price of an “entry-level” camera, the a7 III actually surpassed most top mirrorless cameras in terms of features and speed. Sony was undercutting even its own pricing, because it knew it wouldn’t have a monopoly much longer. I’m happy with my choice, not only because of the amazing features and performance, but, again, because the customizations make my fewer lenses more versatile.

I am now using Sony’s Clear Zoom feature as a custom button on my camera, which essentially doubles the zoom reach of my lenses on-demand. This is not the same as a custom crop-sensor setting (which most mirrorless brands offer, and is a decent way to extend your lens reach if you don’t mind making your full-frame sensor act in a micro 4/3 fashion). Rather, Clear Zoom surpasses digital zooming by taking advantage of your current glass and high-tech sensor, extrapolating the info of your image, and filling in the gaps for impressive image quality.

There’s so much to learn and enjoy in the world of mirrorless. I haven’t even gotten into the amazing video features that each brand offers. I have a strong feeling this world is the future for us all. The question is, how soon are you going to join it? 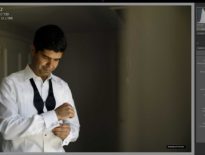