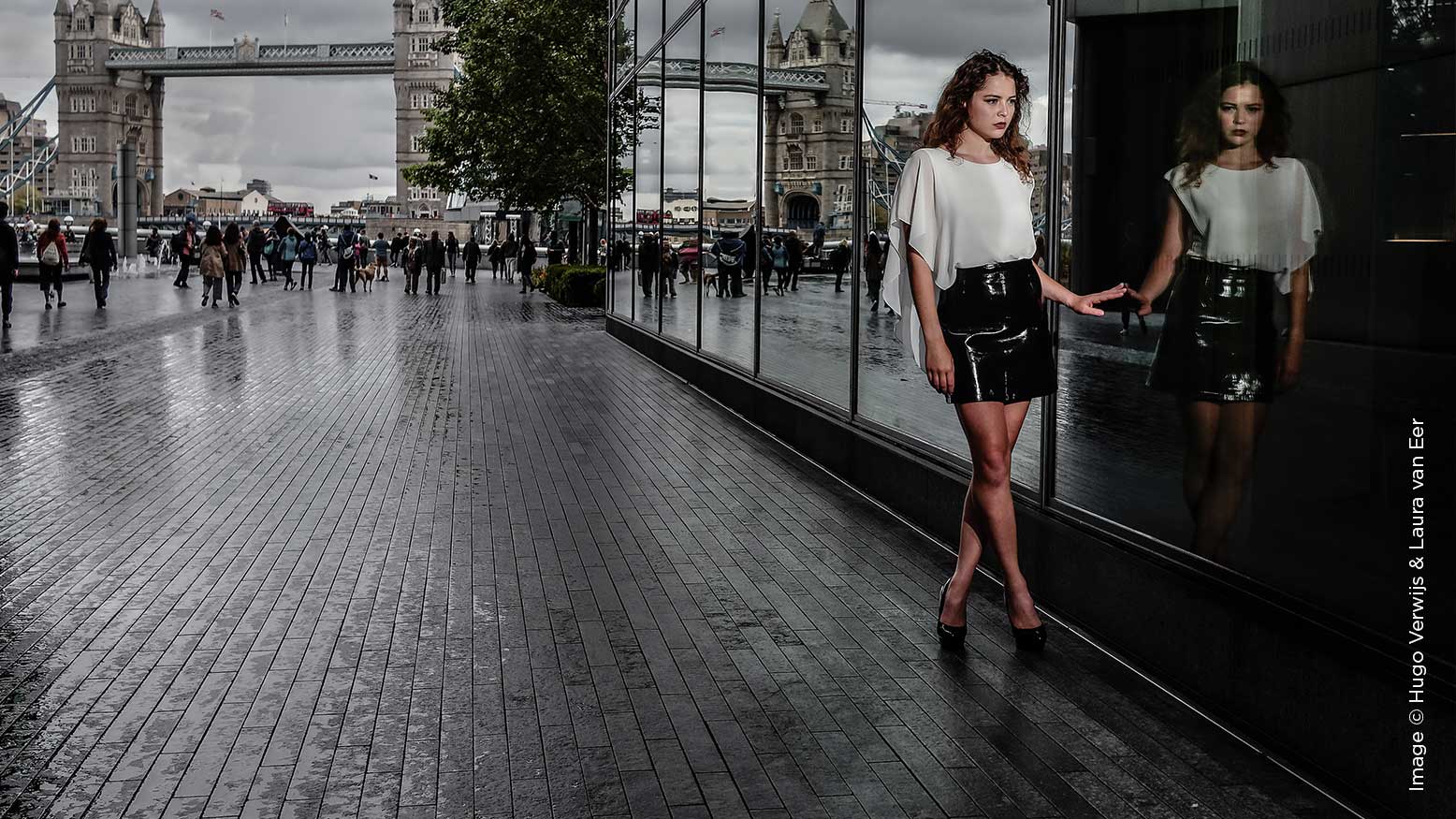 4 Pillars of a Successful Location Shoot

During the first week of September 2019, Laura and I, both coming from The Netherlands, had the opportunity to do a photo shoot in London, UK. This article is, just like the shoot, a close collaboration between the both of us.

[Laura] Hugo and I have known each other for multiple years through shooting. I contacted him for the first time when I saw some of his portfolio pictures on Facebook; they spoke to me. They were cool and sturdy yet still classy. I reached out to him because I thought we could work well together due to our shared vision. Through the years, we have met up multiple times, and every time it has been a blast with great results. I was really happy and surprised Hugo reached out to me when he found out I was moving to London for my internship.

Over the years, I worked with Laura on several occasions. For a hobby photographer, it’s a true pleasure to work with a professional model. Laura doesn’t need much direction, works hard and doesn’t complain even when we’re shooting outside in the pouring rain. She also has a great sense of humor and it is always good fun working together. After shooting with Laura, the results are always “next level.”

In this article, we will share the 4 pillars of a successful location shoot with you, based on our recent experience in London.

Preparation started at home in The Netherlands the minute I learned that I had to go to London for work. I knew Laura would be doing an internship there during the same period, so I contacted her straight away to see if she was available for a shoot on Saturday.

[Laura] The moment Hugo and I got into contact about shooting in London, I was immediately excited. The shoot would take place the first weekend of my internship. However, I had no idea how I would feel after working a 40-hour work week. But since it was such a unique opportunity, we decided to just plan the shoot and see how it would go.

Next was finding locations to shoot. Pinterest and Google images provided a lot of inspiration, the most valuable being: Millennium Bridge, St Paul’s Cathedral and surroundings, and the Tower Bridge. Since these locations are not that far apart, I decided to book a hotel in the area to be able to use that as a base camp.

I arrived in London the Monday before the shoot. During daytime I was busy working, but in the evening I was able to scout the locations I had found on the Internet.

Now that I had visited the locations, I was able to go shopping. I had brought some basic clothing with me, but needed some tops/sweaters to finalize the looks.

I determined the times of sunrise and sunset. These would be the ideal shooting times, since the locations would be less busy.

Laura and I decided to meet the evening before the shoot to discuss the shoot, fit the outfits, and decide what to wear at each location. When she arrived, she brought a colleague, Thomas, who was willing to assist (but not early in the morning).

PILLAR 2: START EARLY AND/OR FINISH LATE AND KNOW WHEN TO STOP

Not only is the light more beautiful in the early morning and just before sunset, but touristic locations are also less crowded, so we decided to start early Saturday morning.

[Laura] The next day we started shooting really early. Because I had to do hair and make-up, I started at 5 a.m. I joined Hugo around 7:30 a.m., quickly changed into my first outfit, and together we walked to the Millennium Bridge.

[Laura] Around 4 p.m. Hugo had made a reservation to go to the sky garden. The views we got there were spectacular! Since the sky garden was not as much garden as we expected, and we were pretty exhausted after a day of hard work, we did not shoot there, but enjoyed a beer and the view (and made a few pictures).

A shot list is less stressful and leaves room for alternative locations that you may have missed during your scouting.

[Laura]  I left in time, with my make-up and hair fully done, sitting in the train waiting for my next stop. The train stopped in the middle of the rail. There was no way out, and we stood there. Not just one minute, or two. For literally ten minutes the train did not move. I panicked and immediately texted Hugo, because I had no idea how long we were going to stay there in the middle of nowhere. Luckily, after 10 minutes the train moved again and I was only 8 minutes late. This was not according to the plan, but having a shot list instead of a timetable made it less stressful.

When scouting, I had found a perfect location for a shoot with St Paul’s in the background, reflecting Laura in glass windows on both sides of the street.

[Laura] We were walking around St Paul’s Cathedral, because we were looking for a certain spot. Unfortunately, the spot was not available, since the windows, which we needed for the reflections, were being cleaned on both sides of the street. After deciding to move on to the next location, we passed a metal art piece, which neither of us had ever seen before. And before we knew it, we were shooting again, unplanned. It was interesting to see how the art worked well with the outfit, and the spontaneous ideas we got.

Since we would do most of the travel by foot, it was important to travel light. So, I just packed my camera, 2 lenses, a flash and a remote control:

The larger the team, the harder it is to get around. However, one assistant is really helpful. He can act as a VAL (Voice Activated Light stand), carry stuff, and watch equipment and personal belongings at busy places.

[Laura] Also the three of us had a very good vibe working together.

There is a lot to see and to shoot and it is very tempting to stay at the same place for a prolonged period of time.

[Laura] We quickly started to shoot on the Millennium Bridge, delaying wedding shoots and doing our thing. We worked quickly, and before we knew it, we were already past the bridge, St. Paul’s Cathedral, some random artwork, and arrived at the Tower Bridge. During a well-deserved coffee break, Thomas, my colleague, joined the team. We didn’t waste much time and soon we were shooting again! After some outfit changes and new ideas, we had to wait a little while for the rain to stop, and we continued on the Tower Bridge.

During the week I became pretty nervous, because the weather forecast predicted rain, rain, and heavy rain for Saturday. However, we had just a minor shower around lunch time.

[Laura] During this shower I was changing in the restroom of a restaurant. When I came out, my team had disappeared! So, me, a girl in high heels and a skirt, arms full of clothes, was just standing for approximately 10 minutes outside of the restaurant, alone. But hey, at least there was a little bit of shelter from the rain!

[Laura] After the rain we found each other and started shooting again. This was a really cool location due to the reflection of the Tower Bridge in the windows of a business building. Because we were using a flash, we caught the attention of a security guard who sent us away. Fortunately, we had the shots we needed.

[Laura} To me, personally, it was exhausting after my first week of work. However, Hugo is very chill and relaxed, and it was great to shoot together again. The overall vibe of the shoot gave me the energy I was lacking and because of that we have gotten such great results! I am happy that we did this shoot, and I hope Hugo has to work more often in London while I am working here.

There was a lot of uncertainty when we were planning the shoot. But at the end of the day, we love the results and it was totally worth it. Also, being published in Shutter Magazine is something neither one of us could have dreamed of.

To read the full article, launch the digital version of the April 2020 magazine.

4 Pillars of a Successful Location Shoot 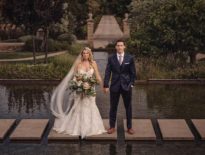 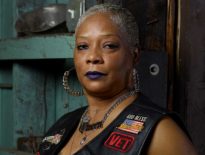