A ‘How-To’ for Freelance Photography with Vanessa Joy 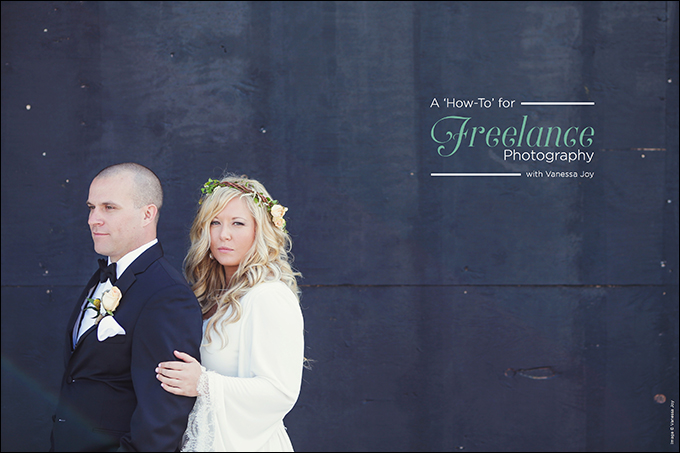 Owning your own business isn’t the only way to make money in photography. In fact, it’s not even necessarily the best way, depending on your goals. Until just a few years ago, owning your own photography business was more of a long-term goal, as opposed to now, when photography startups are easy to come by and normally one of the first steps photographers take. Traditionally, beginners worked for experienced photographers until they built up their own portfolio and experience enough to move up in the company and take it over, or start one of their own. Both paths have their place, but there’s a lot to be said about the slowly dying position of freelance photographer.

Assisting and freelancing in the beginning of my career was one of the best things I did. I made money. I learned valuable lessons that still apply today. I made mistakes, but did them on someone else’s dime. I built, and sometimes broke, relationships that taught me more than my photography degree ever did. Those five years molded me into what I am today.

Whether you’re starting out or you’re a veteran in this industry, freelancing and assisting can be the best things you do as a photographer. There’s always something new to learn, someone new to learn from and money to be made on days when you didn’t book jobs for yourself. However, working for someone else comes with a set of rules, and some are silent unknowns—until you accidentally break them. Here are my keys to success when working for another photographer.

It’s not your show

Naturally, if you’re an established photographer, sometimes you get the itch to take the reins when watching another photographer work. This isn’t the time for that. You’re there for them, so do what they need, not what you think needs to be done. Some photographers—me, for example—actually get annoyed if you make photo suggestions or “ooooo” and “awwww” too much while they’re working with the bride and groom (it makes me lose my focus). Find out how the photographer you’re working for likes to communicate, and stick to it. If nothing else, it’ll be an exercise in self-control and biting your tongue.

There are some no-brainers when it comes to working for others, but you might not even be aware of some of these others. Here are some guidelines to make sure you’re developing good industry peer relationships and not burning them to the ground.

Do not hand out your own business cards. Not to guests, not to the bridal party, not to other vendors, not even to your own mother if she happens to be there. In fact, don’t even give out your last name, and if they hunt you down on Facebook anyway, ignore the request. A majority of the business that comes into photography studios comes by word of mouth, so the photographer you’re working for will most likely be quite peeved if you end up getting the referrals from her gig.

Create clear do’s and don’ts for the images you take. Back in the film days, this was a nonissue because studios had all the negatives, so photographers working for them wouldn’t have access to the images they took anyway. Now it’s a completely differently story. There are many of schools of thought, ranging from not allowing any images to be used in your portfolio at all, to being able to use them only after the studio has posted its own.

I’ve allowed my photographers to use the pictures they take for me on their websites and blogs as long as they mention they shot the wedding for me. With continued emphasis on the importance of SEO, though, it could be detrimental for them to be blogging them at all; it ends up being confusing for vendors and guests as to who the main photographer is, which can cause problems. Make sure you and the photographer you’re working for have a clear understanding of what can and cannot be done with the images you take before you take them.

Do not call in sick. If you’re a wedding photographer, you know that sick days are completely nonexistent. You’ve photographed sick, practically comatose, and occasionally with a broken bone. Have the same respect for the photographer you’re working for. Don’t bail on the job with very little notice. If you absolutely are in a coma, then before you gracefully bow out of the job, make sure you’ve already found an adequate replacement for yourself. There’s no stress like trying to find a good replacement photographer last minute, and nothing screams unprofessional like a photographer who doesn’t get that, and rudely backs out of a commitment for any reason.

Don’t give it all away

Some people might disagree with me on this one, but I believe you shouldn’t perform the same on hired gigs as you do on your own. That’s not to say you’re shooting intentionally poor, but if I charge a bride and groom $10,000 for a wedding and bring out all the stops with off-camera-lighting and the works, I don’t think I should be doing the same thing for a gig that’s paying $500. Why would anyone hire you if they can get the same thing cheaper from someone else? There are things you do that are exclusive to you and your brand, and they shouldn’t be given away while working for someone else. You’re getting paid hundreds, and your bag of tricks should be saved for when you’re getting paid thousands.

When you’re working for someone else, you’re doing just that, working. And when you work, you should get paid (that’s your freebie for today—remember it when you’re writing your own package price list later). Getting paid doesn’t necessarily always mean being paid monetarily. There are plenty of ways to get paid, especially if you’re just starting out. Earning experience, learning new techniques and portfolio building are all ways of getting paid that shouldn’t be overlooked. Make sure you are getting paid in some way.

Photographers are one of the most-seen vendors on the day of the wedding. They’re there the longest, communicate the most with the bride and groom, and are around more before and after a wedding than any other vendor—maybe a close tie with the event planner. What that means is that even though you’re just the second photographer and will probably hug the walls and be in the background, you’re the face of that company for the day. People are looking at you and judging the company you’re working for based on your actions.

Pay extra-close attention to what your personality, punctuality and professionalism are giving off that day. If any of them are negative, you could be giving such a poor representation that you’re losing referrals for the main photographer. Act in a way that says you care about the photographer and her business just as much as you care about your own.

If you want to hear more about the ups and downs of freelancing, both in studio and in the field, check out my video interview with my main 1099 contractor. 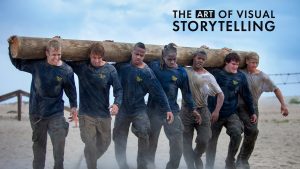