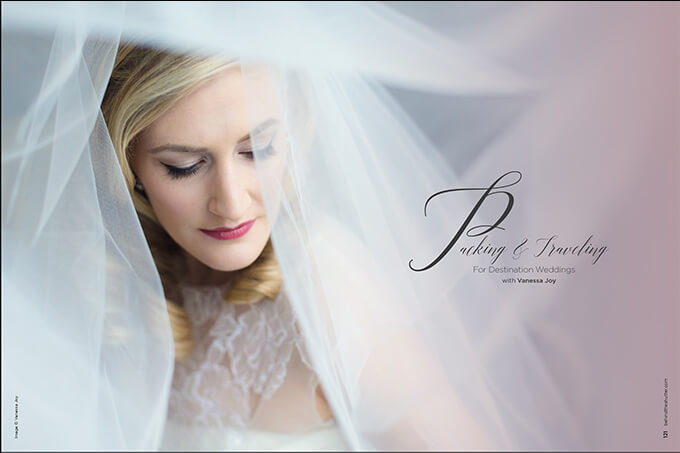 Packing and Traveling for Destination Weddings

Packing and Traveling for Destination Weddings with Vanessa Joy

When I started my photography career, the idea of a destination wedding seemed out of reach. It was so exclusive and elusive. Anyone who talked about going to shoot one seemed like they were at the top of their game. After all, you have to be an incredible photographer for someone to want to fly you out for their exotic wedding in a faraway land.

Fast-forward a couple of years, and I shot my first destination wedding in Saint Lucia. I was only a couple of years into my own photography business, so I shot it for the price of a week’s vacation at a gorgeous resort. This is not that uncommon. But before you drink the Kool-Aid, get all the facts. This wedding was amazing. I shot it entirely by myself, and it was later published in Destination Weddings & Honeymoons magazine.

In addition to losing income because I wasn’t able to photograph another wedding back home, packing the gear (which I had a lot more of by that point) became one of the biggest headaches. Let’s just say I didn’t do my research, and had a bag whisked away from me at the gate because of some broken rules. Who knew you couldn’t have more than four batteries in your carry-on?

Since then, I’ve become something of an expert. I’ve photographed weddings and engagement sessions all around the world and traveled with my gear to teach at conferences and workshops countless times. Thankfully, with that much air travel, I have status on United, which makes traveling with gear a bit easier, but it’s not necessary for what I’m going to tell you. Here’s what you need to know when traveling for destination weddings.

This may sound like a no-brainer, but what you need to do here is think about how you can share gear with your second shooter. The last destination wedding I photographed, last month in Lake Tahoe, was with a second photographer who also shot Canon. Altogether, we packed:

That’s it. We were super light and we shared that gear throughout the day. After all, we’re pretty much together the entire time except for preps, so there’s no need to double up on gear.

I mentioned before that it was nice having status on my airline, but now you can just buy priority status for under $100 on most airlines. This is a must because one of the biggest problems when traveling with gear is that you run the risk of having to gate-check it because there is no overhead space. Spend the extra money and get to the front of that boarding line so you don’t have to hand over your bag with tens of thousands of dollars of gear and risk it getting broken or stolen (it happens).

Speaking of tens of thousands of dollars of gear, this is where things get legal. Legally, you’re not supposed to carry more than $10,000 worth of goods with you into another country. It’s not that you can’t, it’s just that they will likely tax you for it; assume you’re going to sell it in their country illegally; or assume you’re going to work in their country illegally (which you likely are). If you can, bring less than $10K of gear, which, if you’re sharing gear, shouldn’t be that difficult. That problem is solved.

But what about the real problem of working in another country? I’m not going to tell you this is a gray area, because it’s not. It’s very black and white that when you go to work in another country, that country has rules for that and visas you probably need to obtain. They’re very easy to look up online, but they’re usually not as easy to abide by. Can you get around this by either lying at customs or paying off people at customs? Yes. And that’s what most people do. But if you’d like to have a clean conscience or not run the risk of being turned away at the border (oh yes, that’s also happened to photographers), then do the legwork and do it legally.

There are a lot of TSA rules regulating what you can bring with your when you fly. I’m not going to list them all here, but it doesn’t hurt to check out their website to become familiar with them: https://www.tsa.gov/travel/security-screening/prohibited-items.

Here are the ones you need to know:

TSA doesn’t point these out specifically, but they do not permit baseball bats, hockey sticks, etc. in your carry-on luggage. If you find yourself dealing with a strict TSA agent, they absolutely can ask you to check your sticks. The TSA website even states, “The final decision rests with the TSA officer on whether an item is allowed through the checkpoint.”

According to TSA, “Spare (uninstalled) lithium ion and lithium metal batteries must be carried in carry-on baggage only. When a carry-on bag is checked at the gate or at planeside, all spare lithium batteries must be removed from the bag and kept with the passenger in the aircraft cabin.” In my experience, airlines can also have rules for batteries. They typically don’t check, but I’ve had my carry-on taken from me at the gate because I had more than four batteries in it.

Now, can you get away with these things? Sure, sometimes. But again, why run the risk when you can plan ahead and have peace of mind instead?

This one is the killer, and one that’s usually not known until you’re stuck at the check-in counter arguing with the ticket agent. Most European countries weigh your carry-on luggage on the way back. The U.S. doesn’t have this rule, but a lot of other countries do.

Different airlines (and airplanes) have different weight restrictions, so read up on yours. Have a Plan B for things you can take out of your carry-on that will suffer the least amount of damage if they’re mishandled in your checked luggage. The ticket agents are ruthless about this, and no matter how I explained the fragility or expense of what was in my bag, nothing made a difference. My husband did claim that, on the way back from a wedding in the Philippines, he was able to convince a ticket agent to let him keep his overweight carry-on. I’ll just assume it was his charming good looks and crazy good luck.

Even though this article is about how to pack for destination weddings, I want to touch on how to charge for them. I’m not going to tell you what to charge for them, but I do want you to consider your expenses. Typically a destination wedding takes away your ability to book any other weddings that weekend. That can cost you $2,000 to $5,000 in profit depending on what you charge. Add to that the headache of traveling, and you’ll want to make sure you’re not losing money and hair on the deal.

That being said, if you’re enthusiastic or just starting off or can make a vacation out of it, then that benefit could outweigh the expenses. Destination weddings can be quite a headache, but they look great in your portfolio.

Packing and Traveling for Destination Weddings

with behindtheshutter time to read: 7 min 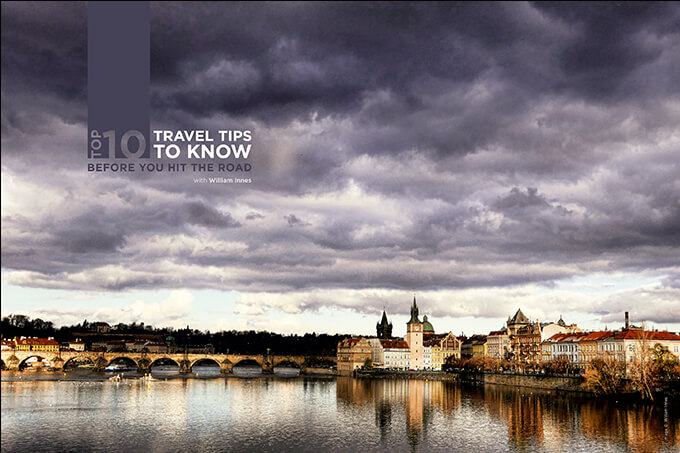 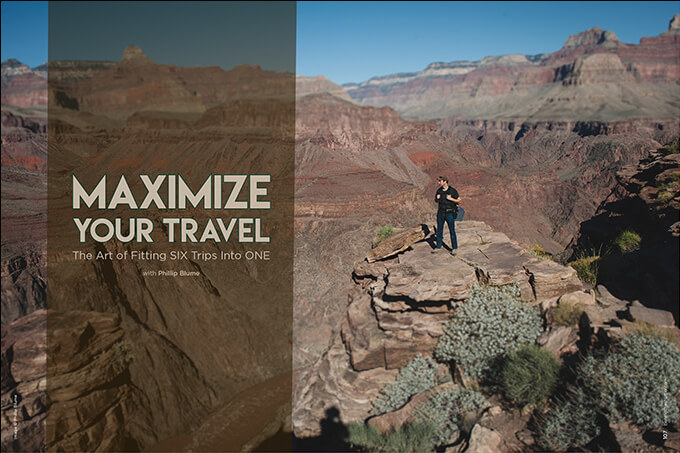 Business Maximize Your Travel: The Art of Fitting Six Trips…
0
×