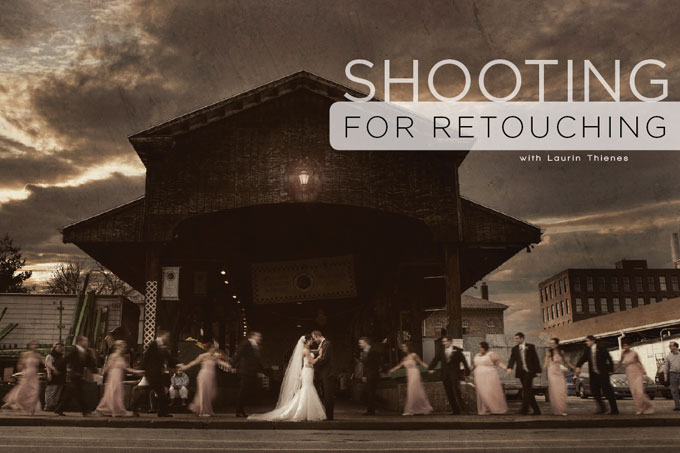 “Screw it, I’ll fix it in Photoshop later.” Everyone I know (including myself) has been guilty of saying this, and I’m sure you’re probably no stranger to the phrase either. There are certain situations that make a lot of sense to fix later for one reason or another, but instead of blindly shooting and relying on a Photoshop fix, why not make life a little easier by capturing the pieces you need in camera? A few tricks can slash your time in front of the computer later. Check out these scenarios.

You are trying to put together a parent album for an already overbearing mother when disaster strikes. Mom’s other daughter has gotten an ugly divorce and wants the ex out of the album or family formals. Not all too uncommon of

a scenario, but one that can be difficult to fix if you do not have the right pieces. The best piece of the puzzle to have
is one you might already normally shoot as a test shot: The Background. When shooting wedding formals or groups, make sure to capture an extra frame of your background, lit the same way you would normally shoot your formals. This will help alleviate some of the issues of rebuilding complex parts of backgrounds you cannot see. Since this frame is shot with the same light and from close to the same perspective, you can comp in sections of the background from your

blank test shot. Of course, there are many pieces involved in removing a person from a background, but this one will definitely make it less painful.

Want to read this article? Log in and launch this free photography training magazine // June 2013 issue.