“What camera and lenses do you use?”

That question gets posed to me more than any other query and frankly, it’s annoying. There’s an implied ignorance that comes with that question—it assumes that good video is all about the camera gear. In truth, good video is more about two often-overlooked elements: audio and lighting.

Obviously, shooting with a camera that can deliver on image quality is important in some sense, but it’s the execution of the shot and the lighting that creates the aesthetic of a good frame or dynamic sequence. I’ll bet dollars-to-doughnuts that you can tell the difference between an amateur video or film and a top-notch one solely on the lighting. Same goes for still photography.

Here are five commonly used video lighting scenarios that you should know if you’re making any sort of film. I’ll admit these are over-simplifications because there are many ways to do each of these setups. These are simply some jumping-off points to start with good lighting on your next shoot when available light just isn’t giving what you need.

If you’re a documentarian and you want to elevate your production to new heights, you have to make the most boring part of the film look visually appealing. A talking head can be quite compelling if the person speaking is engaging and saying something profound. Visually speaking, a well-lit interview will make the scene.

As with any 3-point lighting setup, it’s important to have a key light, a fill light and a backlight/hair light. Depending on the mood you are trying to create you may opt for only one or two of these elements, but the standard is three and it looks something like this.

Good interview lighting is a skill that never sits on the shelf very long and is very valuable to many types of productions. It can also be used for straight-up OTS (over-the-shoulder) dialogue scenes in scripted productions. Throw in a focused fourth light with a colored gel as a kicker opposite your key-light and you can really up the game. A great interview lighting kit is the Westcott Flex-Panels three-light kit that consists of two 1×1 and one 1×2 bi-color, dimmable panels. A single Fiilex P360 bi-color, dimmable light with gels serves as a fantastic kicker.

If you’re shooting anything for fashion, glamour, product or for any sort of social media influencer, the ability to create flattering beauty light cannot be understated.

Start with a large, soft light source about 4 to 6 feet away from your subject with a high-powered light shining through a full-stop scrim. The idea is to create the largest soft source possible. Outdoors, you will need a powerful beam diffused. Indoors, double the distance of the scrim away from the subject. Try to ensure that no shadows are being cast on to your background by keeping some distance between the subject and whatever is behind. Flood as much light as you can directly on the subject at a shallow angle. On the opposite side try to repeat the same thing a 1/2 to a full-stop less.

If it’s sunny outside, use a large scrim to diffuse any harsh overhead light. If indoors, suspend a 4×6-foot or larger white surface overhead and bounce light from below to create a soft top-down light overhead.

The idea here is to make it as if your subject is standing in a giant light box with as much light coming from all directions. In the absence of a third light, a V-card can help fill in the sides or flag off any unwanted light spill.

If your subject has deep-set eyes and you’re getting shadows, use a catch light reflector (white-side-up) to fill them in. Once you have your exposure nailed down and the lighting is flat, use a sharp, high-powered focused-spot to add a kiss of rim light. It’s a high fashion look and fits a ton of scenarios.

Lighting a subject on a green screen can be tricky. If you don’t want to have to struggle in editing in order to punch out the background and make a clean composite, follow these steps to get it right in camera.

Firstly, always light your green screen before anything else. You want to try and get the light as even as possible across the whole surface from the sides and the top and bottom. Usually more than one light source is required to make this work. Two large, soft sources on either side and one from either top or bottom usually gets the job done.

If you’re outside, you’ll have an easier time with this on an overcast day. On a sunny day, a single scrim diffusing direct sunlight can get you an even green, but in-studio you’ll have to work at it. You’ll be surprised how much variance there is between what your eye perceives as a flat and evenly-lit green screen and what the camera’s sensor actually sees. If your camera or reference monitor has a waveform and a vector scope, use them to ensure that the level of luminance on the green wave is as true as possible.

Once the screen is lit, place your subject as far off the green screen as possible to avoid light from bouncing off the background and transmitting green light onto them. Nothing will make keying in post more difficult than green bouncing back onto your subject’s shoulders or hair from behind.

Finally, light your subject. Be sure to use plenty of rim light to create realistic separation of your subject off of whatever image you decide to place in the background.

This is probably the most-used lighting scenario in cinema today. It creates mood and if executed correctly makes a scene look gritty and real—almost as if only ambient available light was used.

Start with a light source far-off and only illuminating the subject from a 45-degree angle. You may or may not want to use a tiny bit of fill to bring up the exposure on the near side of the frame. Add a hair light from directly behind the subject and use colored gels to really sell the environment. This simple starting point opens up all kinds of possibilities for strip-lighting or kickers to be incorporated, giving the scene real ambience. The key is to leave the subject in near darkness on the near side of the frame. This takes practice and an environment that allows for precise control of light. Aim to underexpose slightly in camera and get ready for some serious color grading.

Orange and teal Light Setup is the go-to cinematic grading look for today’s productions. In essence, it’s simply a blending of warm (orange-tone) and cool (teal-tone) to create a look. The key is that skin tones still look natural and real despite these wild color tones because the balance between warm and cool is maintained. The mind of the viewer fills in the color gaps.

To achieve this effect, don’t rely on color grading a straight-up, color-balanced shot or scene. Use a mix of warm (orange) and cool (blue) light on set. Admittedly, this is easier to accomplish in dark scenes, but creative use of color balance can help make the effect easier to achieve in grading for brightly lit daytime shots.

Start with a cool light source, somewhere in the 5000K to 8000K range. Use that for your key and fill source and color-balance your image cold, making the cool light more blue. Be careful not to go too far because you don’t want to have to pull out a ton of blue from the skin tones later. Then rim or backfill using a warmer light somewhere, 3200K or less. You may want to splash a neutral color fill on the subject’s face to offset some of the cooler light. Play around with the light placement to create a balance between the warm and cool tones. They won’t generally appear to be orange and teal in camera, but more like yellow and blue or warm and cold. A little tweaking to the hue and saturation in post will give that much desired orange and teal look.

It’s important to light for dimension when aiming for this style because if the scene is flat-lit it’ll end up looking muddy and brown. Play with using each of the two extremes as kickers and highlights. It’ll take a lot of practice to get it right, but if you can nail it consistently, you’ll be a DP’s dream.

All five of these scenarios are tools that every filmmaker should be proficient with, so study how each is used and applied to a given circumstance. 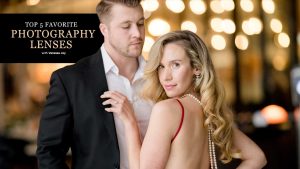 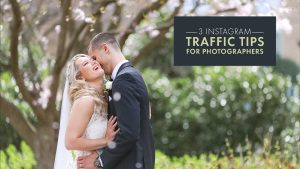 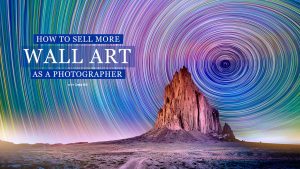 How To Sell More Wall Art as a Photographer